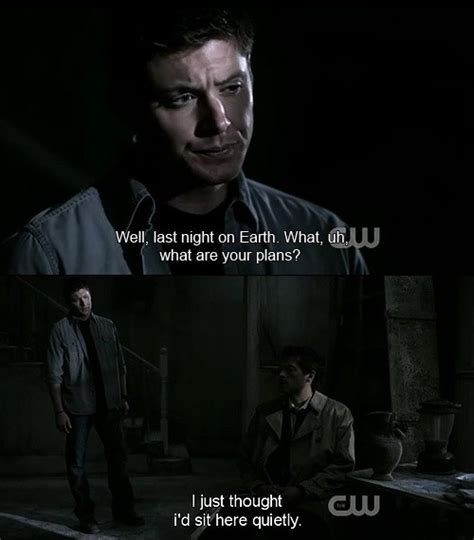 Supernatural (2005–) is a paranormal television series on the WB Television Network (now merged with UPN into the new network The CW) that details the lives of two brothers who travel across the country in a black 1967 Chevy Impala investigating paranormal events and other unexplained occurrences. Season twelve originally aired from the 13th October 2016 to 18th May 2017. 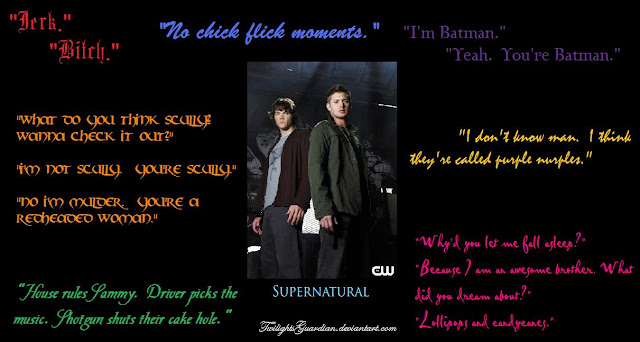 Sam: (trying to cover up his phone call) Oh, I was just ordering pizza.
Dean: Dude, you do realize that you’re in a restaurant?
Sam: Yeah! Oh, yeah, yeah… (lamely) I just felt like pizza, y’know?
Dean: Okay… Weirdy McWeirderton.

Sam: So let me get this straight. You want to drive all the way to Cicero just to hook up with some random chick?
Dean: She was a yoga teacher. That was the bendiest weekend of my life! 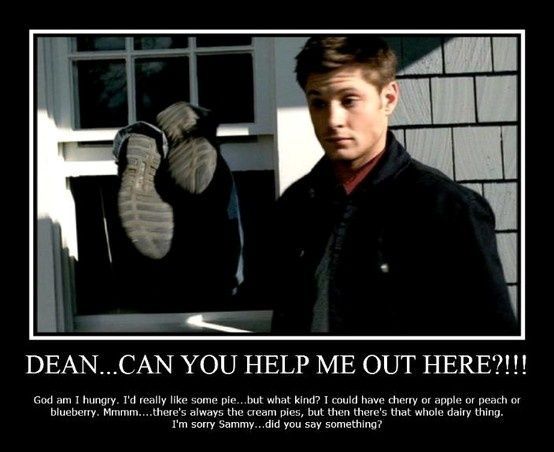 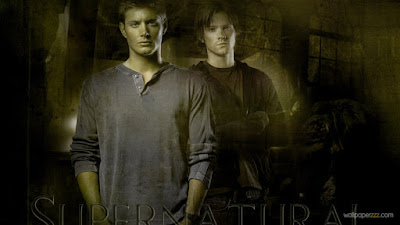 Sam: Just wondering how far I’m gonna have to walk back to town after I kill you. And her. But you first.
Toni: Yes, well. Before you murder us all. 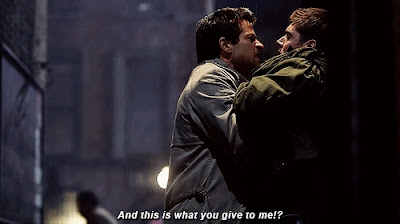 Bela: [training a gun on Sam and Dean] Put the foot down, honey!
Dean: No. You’re not gonna shoot anybody. See, I happen to be able to read people. Okay, you’re a thief, fine, but you’re not…[Bela shoots Sam] Son of a–!
Bela: Back off, tiger. Back off. You make one more move, and I’ll pull the trigger. You’ve got the luck, Dean. You, I can’t hit. But your brother? [aims the gun at him again] Him, I can’t miss.
[pause]
Dean: What the hell is wrong with you?! You can’t just go around shooting people like that!
Bela: Relax, it’s just a shoulder hit! I can aim! 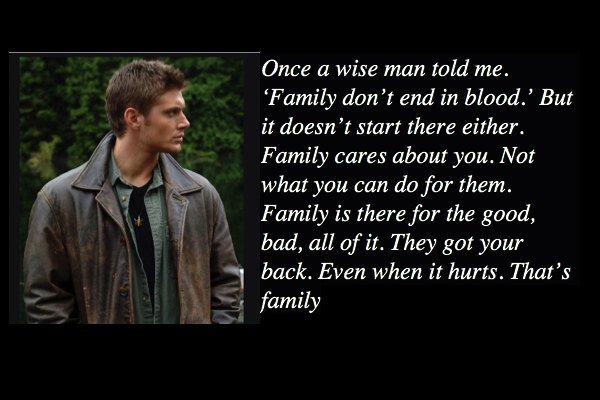 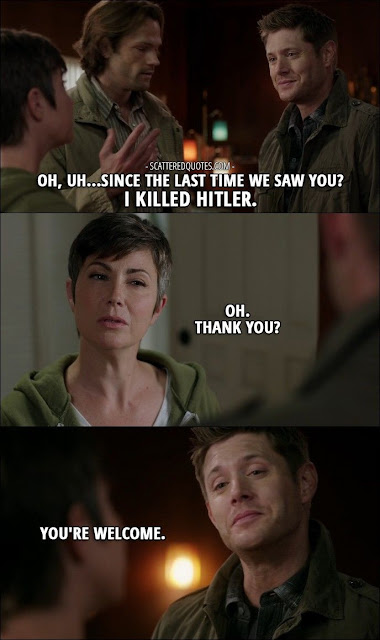 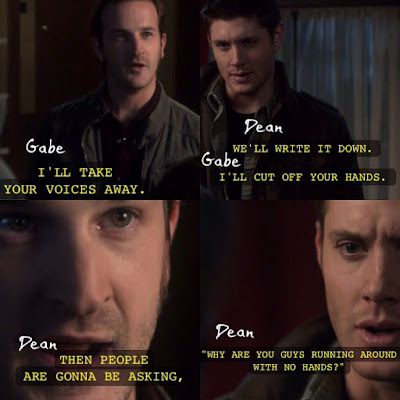 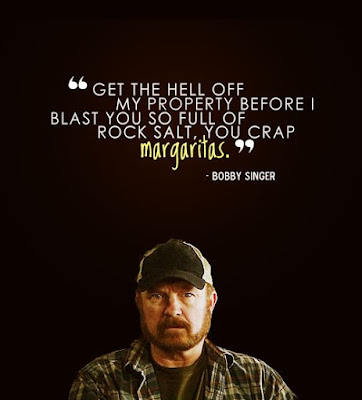 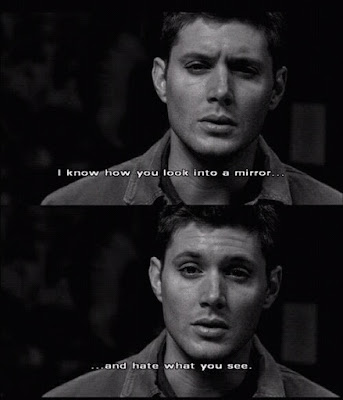 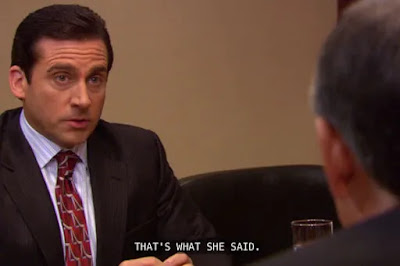 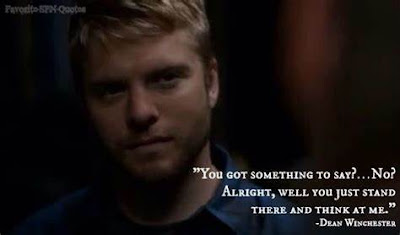 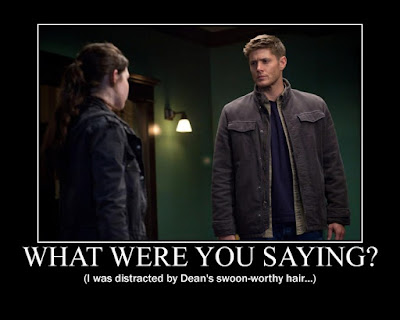 Bearded Demon: Whatever.
Jervis: Whatever? What are you, a 14-year-old girl now?
Bearded Demon: I mean, not right now. I possessed one once, but, it didn’t work out. A lot of feelings and urges and ugly snot crying about how Julie’s with Craig Castle now, even though he’s total bae, but she’s, like, a busted bitch on ice… [Jervis looks at him weird] Hormones, dude 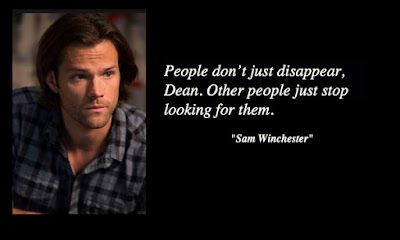 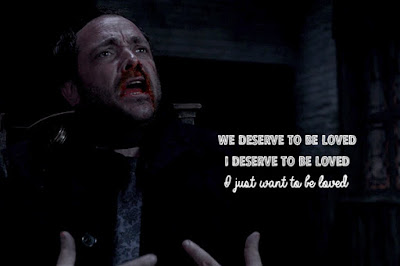 Mary: No. I’m sorry. I just… I spent my life running from this, from hunting. And I got out. I never wanted this for you and Sam.
Dean: Mom, I-I get it. I do. If I had kids, I wouldn’t want them in this. But Sam and me… saving people and hunting things, this is our life. I think we make the world a better place. I know that we do. 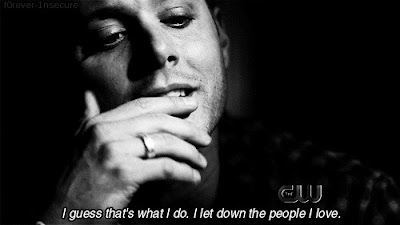 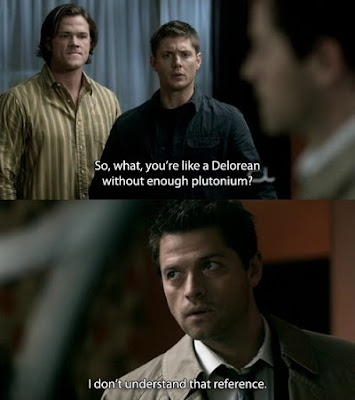 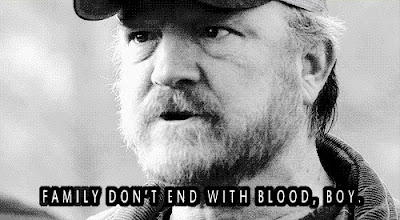 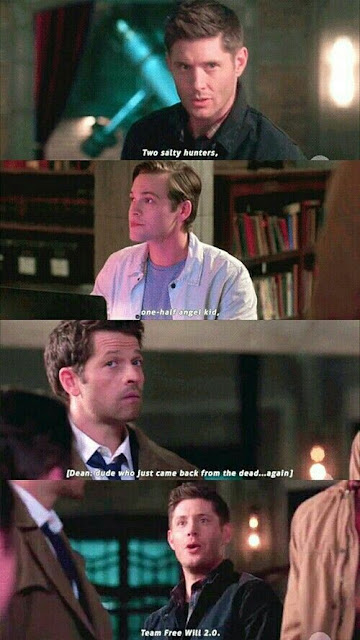 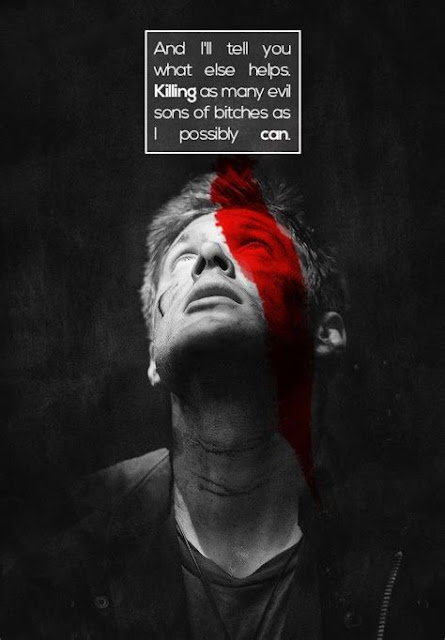 Sam: Look I see the way you look at me Dean – like I’m a grenade and you’re waiting for me to go off.
Dean: Sam…
Sam: I’m not going off. Look I might be a freak but that’s not the same as dangerous. 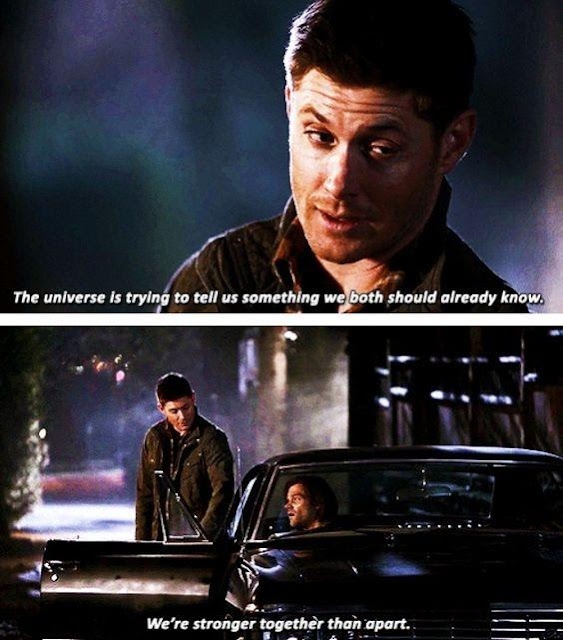 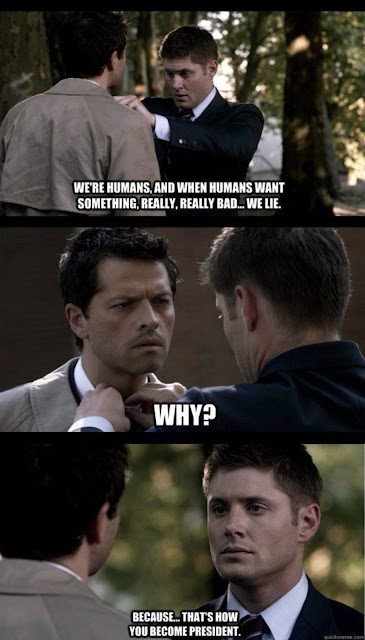 Castiel: This is a massacre.
Cain: Yes. And soon it will be a genocide. My children, my whole poisoned issue. Lot of them out there right now… killers, fighters, thieves. Some more peaceful than others, but they still carry it… the disease. If the Mark wants blood, I’ll give it mine.
Castiel: You are Adam and Eve’s first born, your descendants are legion.
Cain: At most I’m culling… one in ten.
Castiel: Of everyone.
Cain: I’ve got time. 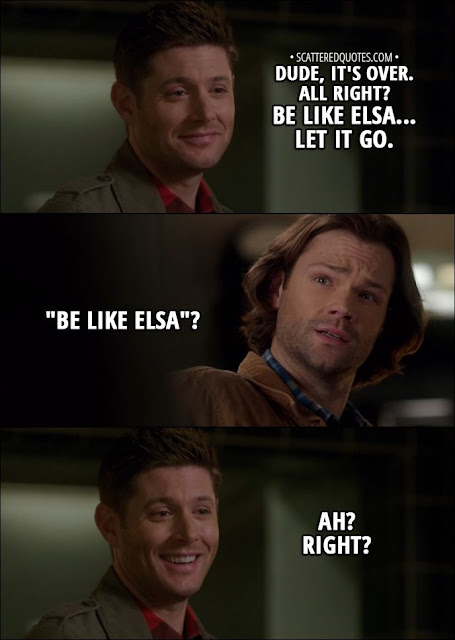 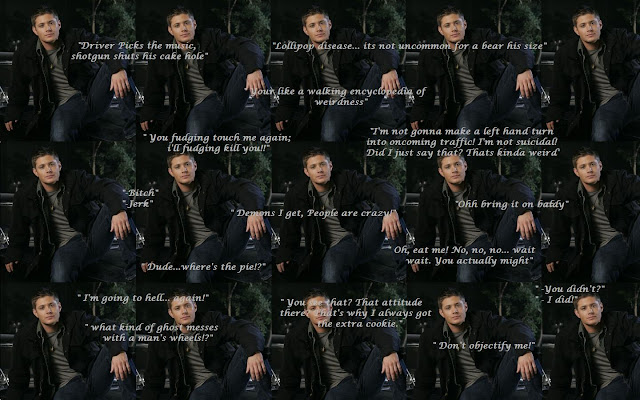 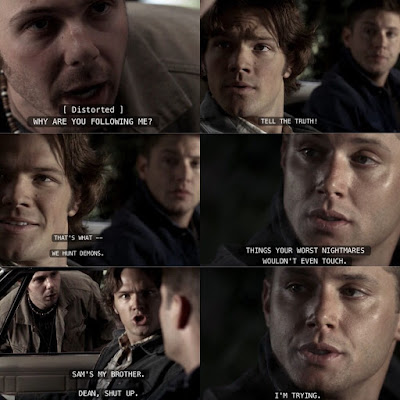 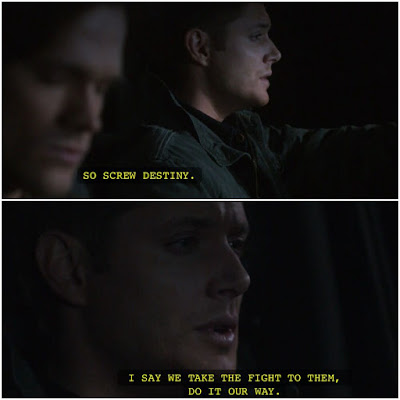 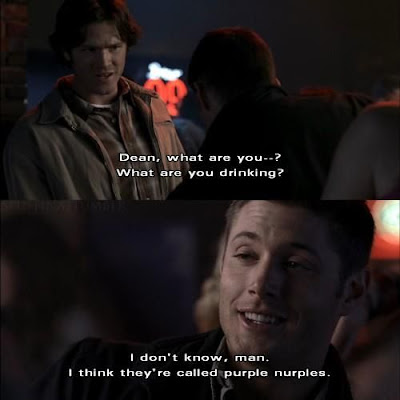 Dean: Don’t blame yourself for Kit, man.
Sam: I can’t help it Dean, it feels crappy.
Dean: I know it does.
Sam: I tried, I did, I tried. But I couldn’t save this one.
Dean: You know you can do everything right, and even still sometimes, the guy still dies. 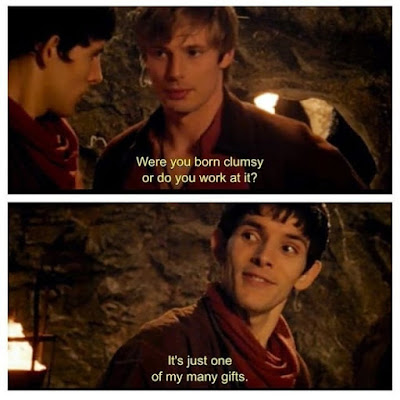