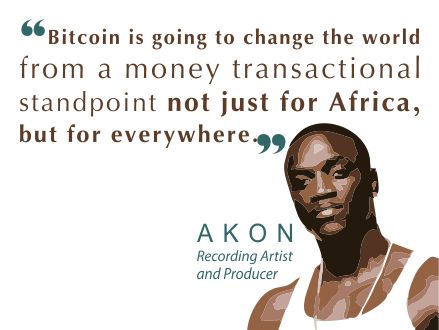 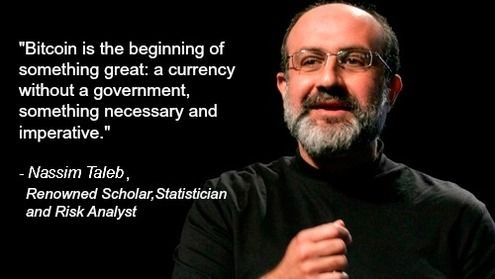 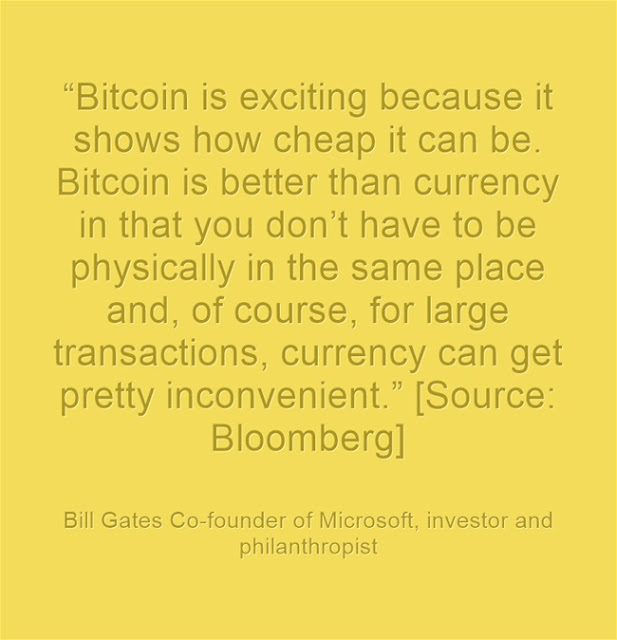 “Bitcoin is exciting because it shows how cheap it can be. Bitcoin is better than the currency in that you don’t have to be physically in the same place and, of course, for large transactions, currency can get pretty inconvenient.” [Source: Bloomberg] 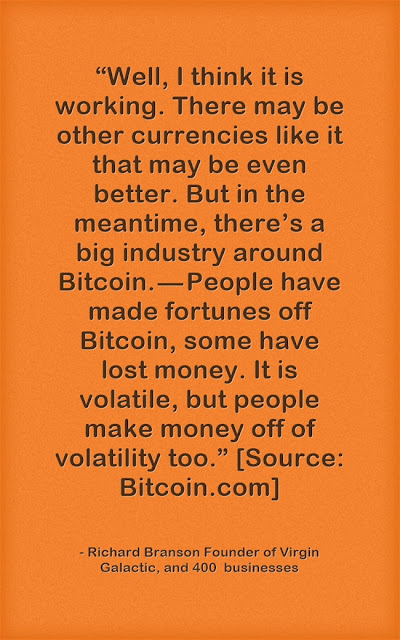 ““Well, I think it is working. There may be other currencies like it that may be even better. But in the meantime, there’s a big industry around Bitcoin. — People have made fortunes off Bitcoin, some have lost money. It is volatile, but people make money off of volatility too.” [Source: Bitcoin.com] ” – Richard Branson Founder of Virgin Galactic, and 400 businesses 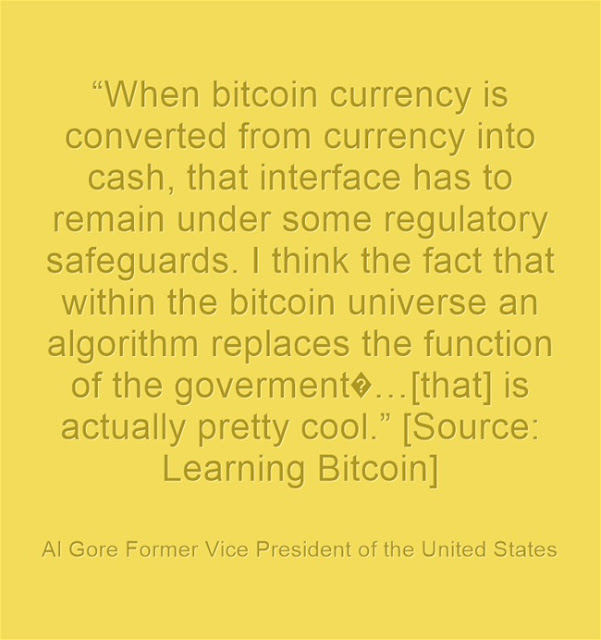 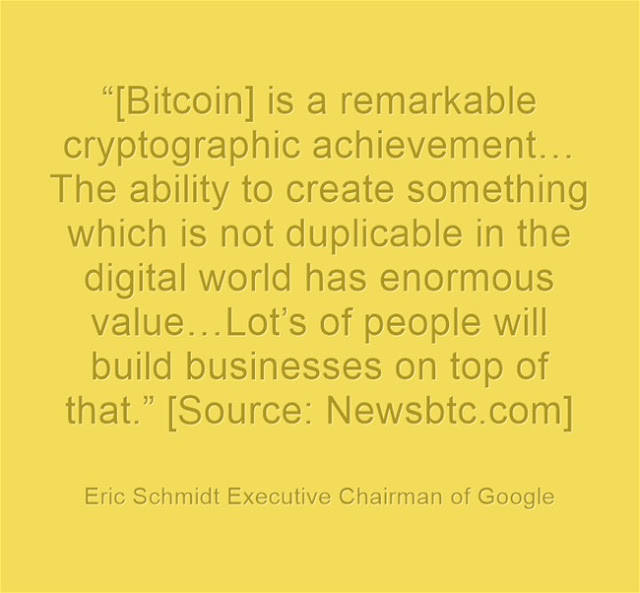 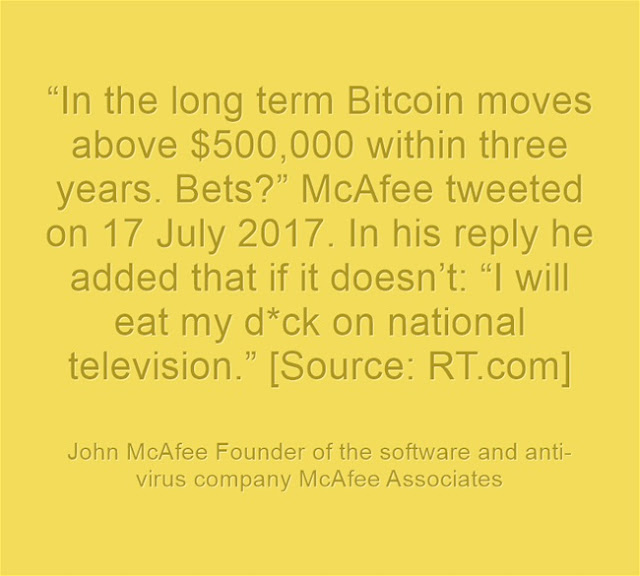 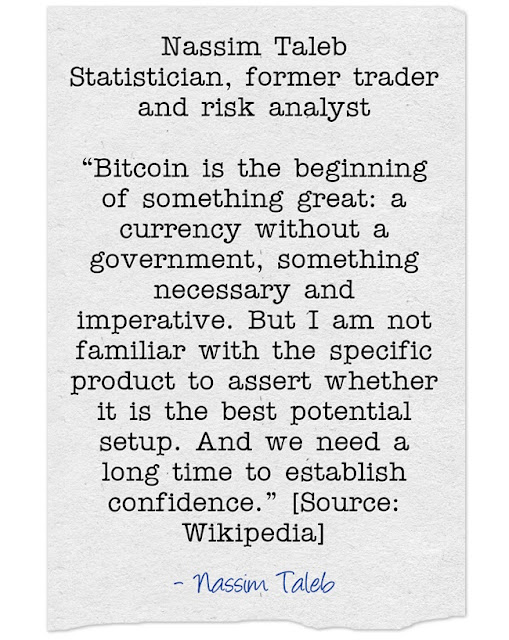 “Bitcoin is the beginning of something great: a currency without a government, something necessary and imperative. But I am not familiar with the specific product to assert whether it is the best potential setup. And we need a long time to establish confidence.” [Source: Wikipedia] 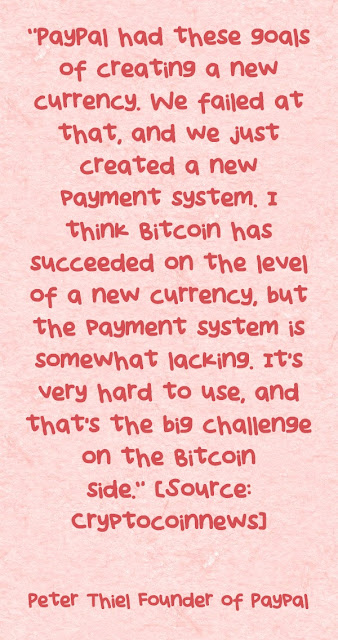