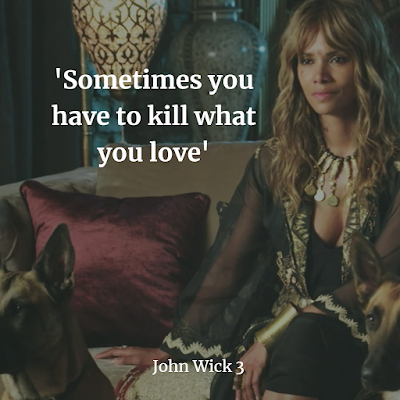 John Wick is on the run after killing a member of the international assassin’s guild, and with a $14 million price tag on his head – he is the target of hit men and women everywhere.

In this third installment of the adrenaline-fueled action franchise, skilled assassin John Wick (Keanu Reeves) returns with a $14 million price tag on his head and an army of bounty-hunting killers on his trail. After killing a member of the shadowy international assassin’s guild, the High Table.
John Wick (Keanu Reeves) is on the run for two reasons – he’s being hunted for a global $14 million dollar open contract on his life, and for breaking a central rule: taking a life on Continental Hotel grounds. The victim was a member of the High Table who ordered the open contract. John should have already been executed, except the Continental’s manager, Winston, has given him a one-hour grace period before he’s ‘Excommunicado’ – membership revoked, banned from all services and cut off from other members. John uses the service industry to stay alive as he fights and kills his way out of New York City. 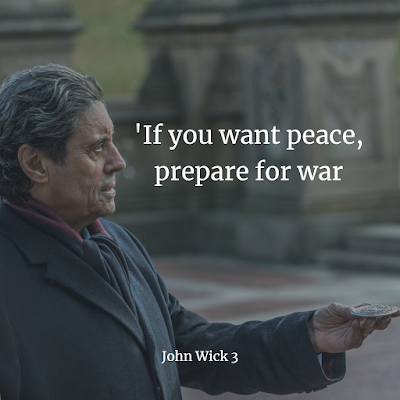 Winston: I know you will do The Continental proud.
Charon: I’ll see you soon, sir.
Winston: And you, Jonathan, do what you do best.
John Wick: What’s that?
Winston: Hunt… Si vis pacem, para bellum! 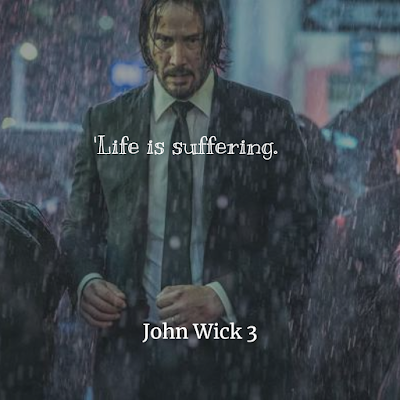 Bowery King: Are you pissed off, too, John?
John Wick: Yeah.

Winston: This haven is safe no more.
John Wick: Are services still off limit to me?
Winston: Under the circumstances, your privileges are reinstated immediately, what do you need?
John Wick: Guns, lots of guns. 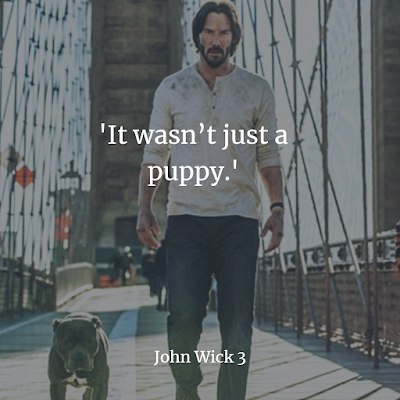 The Director: [From trailer] All of this for what, because of a puppy?
John Wick: It wasn’t just a puppy.

Zero: That was a pretty good fight, huh?
John Wick: Yeah.
[John gets up and starts walking away]
Zero: Don’t worry about me, John. I just need a minute. I’ll catch up to you.
John Wick: No, you won’t.

Bowery King: They about to learn that if you cut a king, you better cut him to the quick.

Sofia: Sit.
[the dogs sit down]
Sofia: [to John] I was talking to you.

Winston: [From trailer] Would you help set the mood for our new guest?
Charon: Let us begin.

Bowery King: Avert your eyes, my sweet.
[He releases the pigeon he’s holding]
Bowery King: The king is dead. Long live the king.

Winston: [from trailer] Jonathan, what have you done?

The Adjudicator: [during the parlay] What are we to do with John Wick?
Winston: Oh, he has to die.
[suddenly pulls out a gun and shoots Wick several times, causing him to fall off the roof] 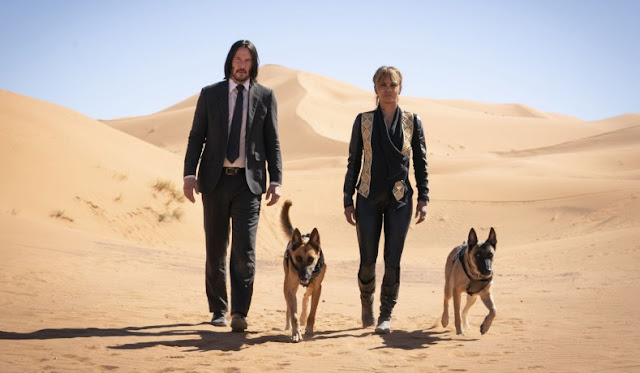 John Wick: I still have time.

The Director: Your ticket is torn. You may never return home.

Bowery King: You look as bad as I feel.

John Wick: [From trailer] I need your help.
Sofia: After this, we are less than even.

John Wick: [Also said by many others ] I have served. I will be of service.