Skip to content
Top Quotes of Ron Swanson quotes to live by
Who is Ron Swanson
Ronald Ulysses Swanson is a fictional character portrayed by Nick Offerman in the NBC comedy-drama Parks and Recreation. He is the former husband of two women by the name of Tammy Swanson and is the current husband of Diane Swanson. He was Leslie Knope’s deadpan superior as the head of the Pawnee Parks and Recreation Department until she left the department to become a city councilor, and then again when she rejoined the department after she was recalled. In late 2014, he quit the Parks department and started Very Good Building and Development Co. For approximately two years he had a feud with Leslie until BOY was finally resolved in the episode “Leslie and Ron”. Ron enjoys being alone. 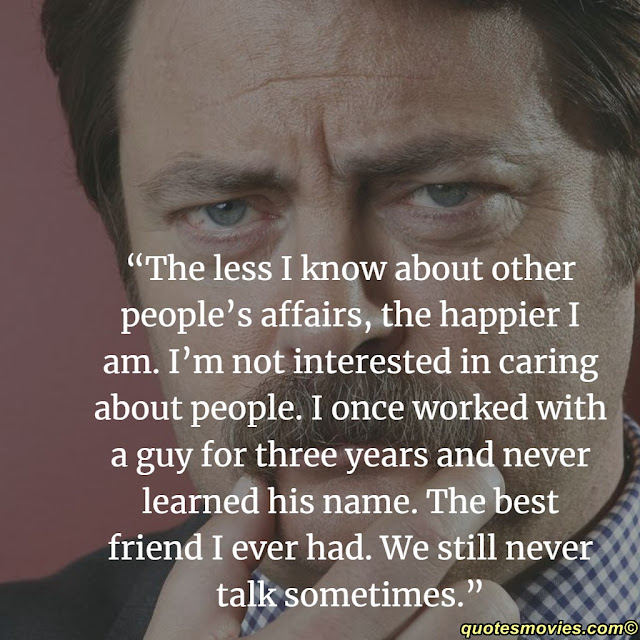 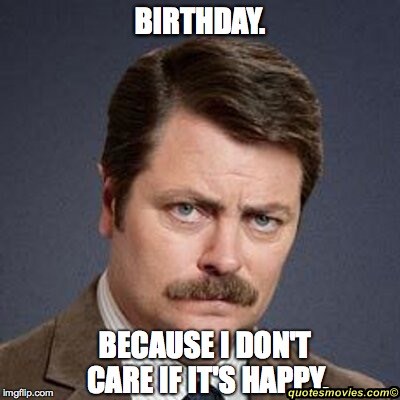 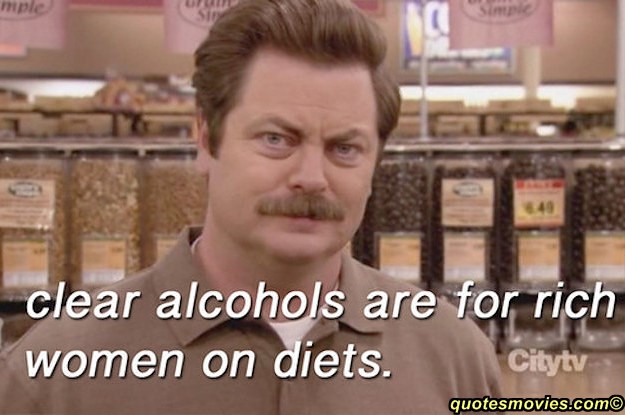 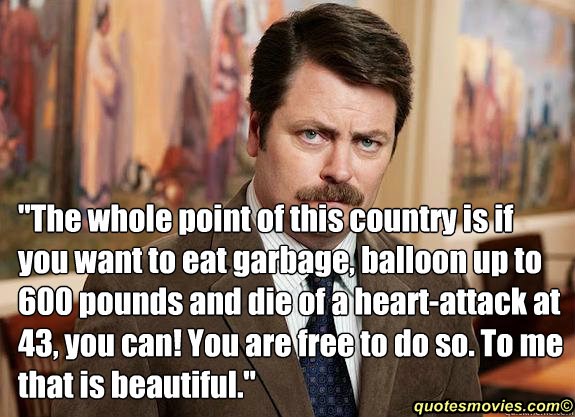 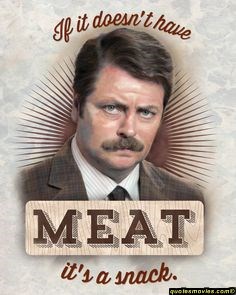 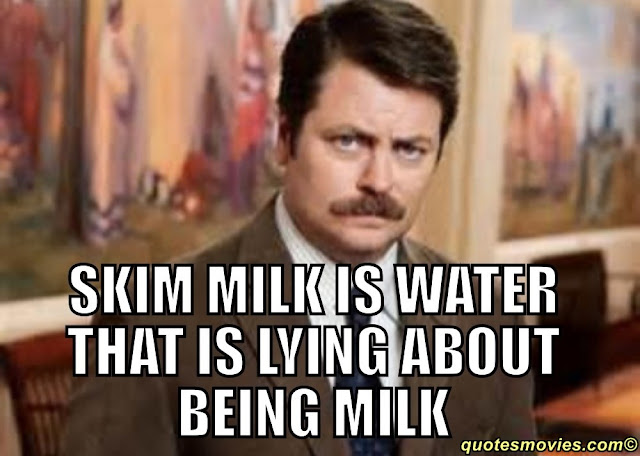 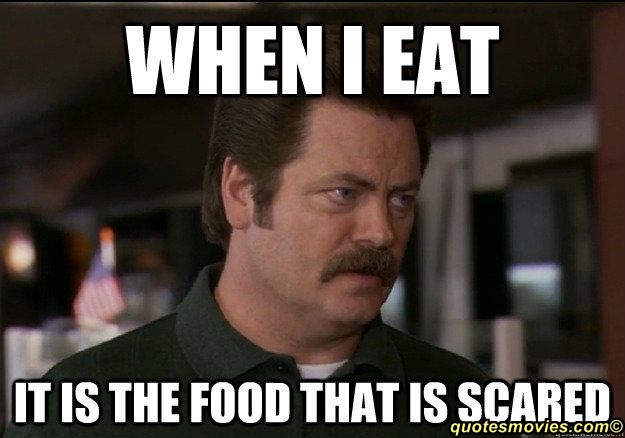 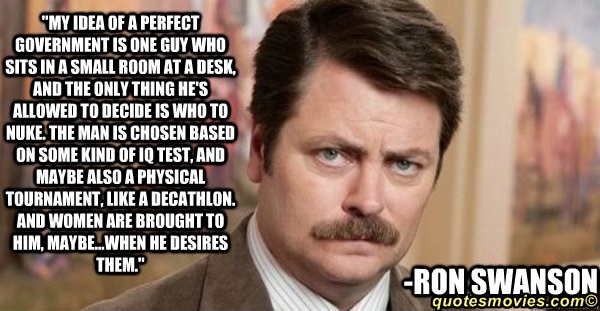 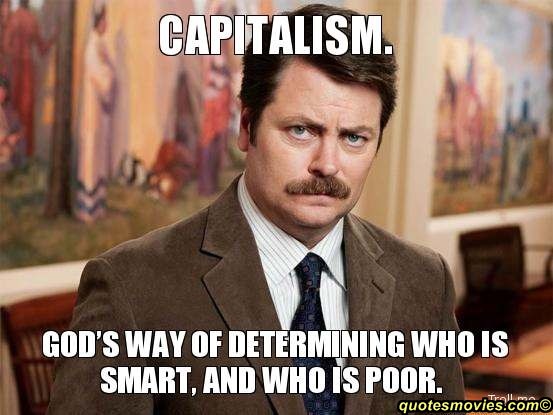 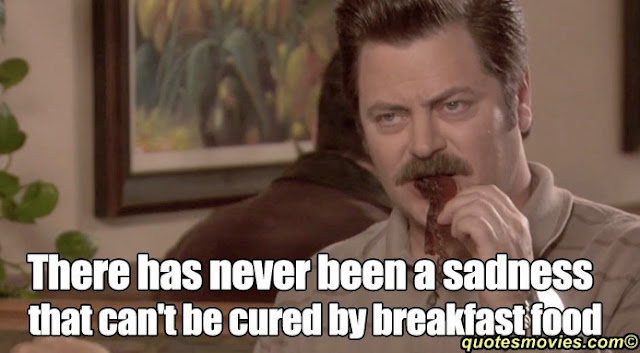 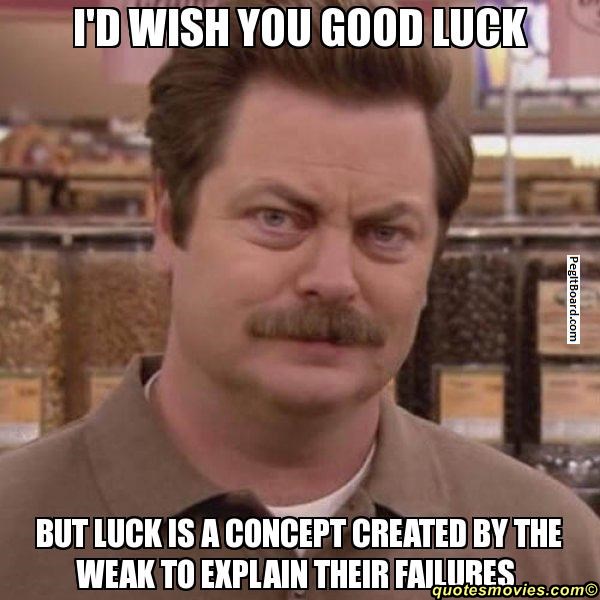 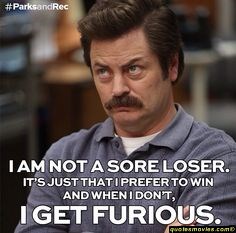 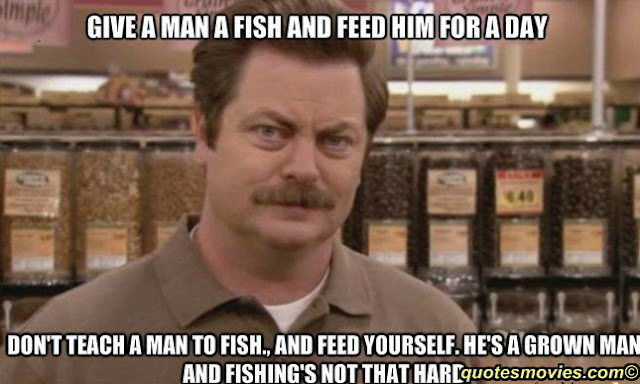 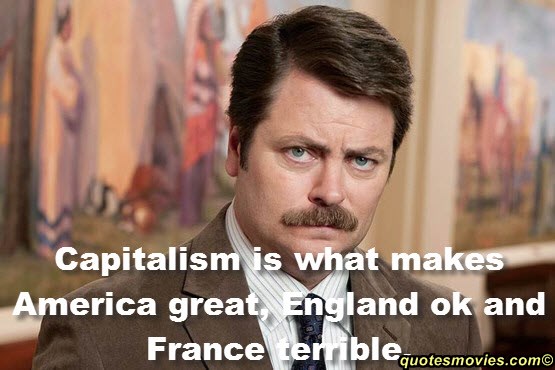 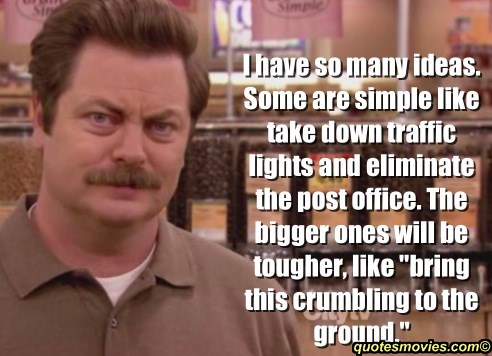 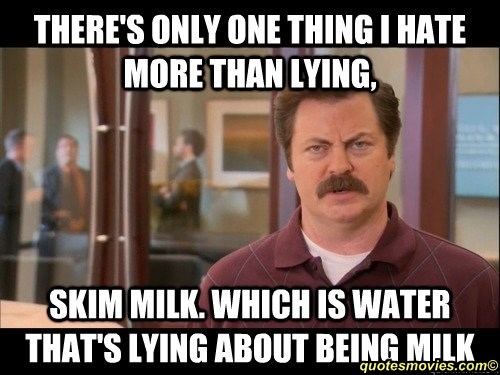 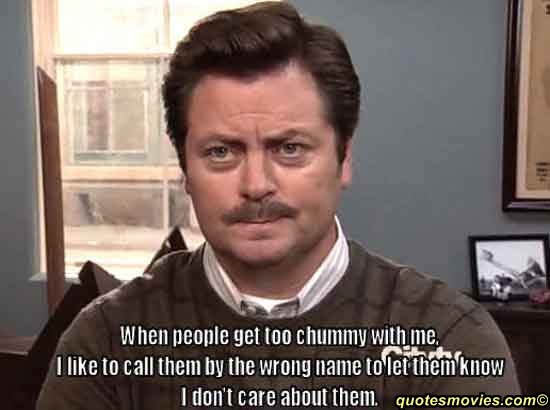 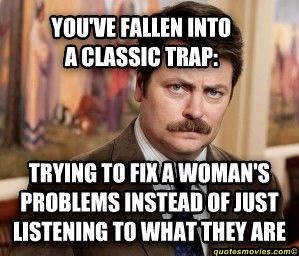 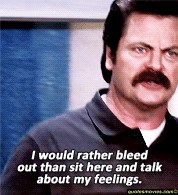 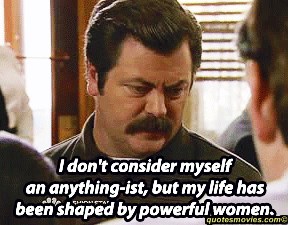 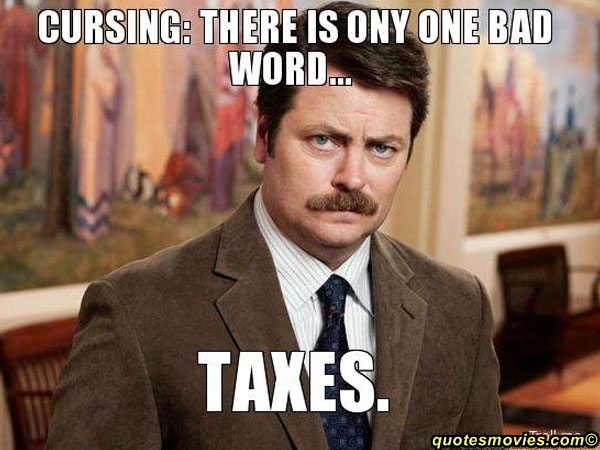 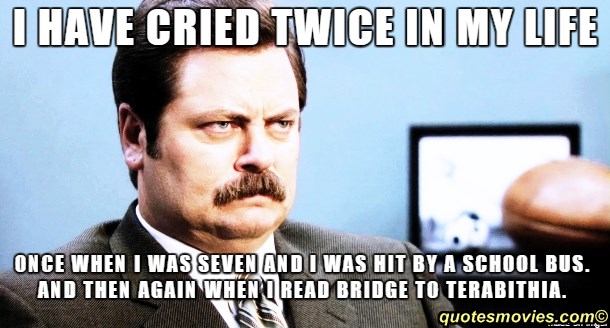 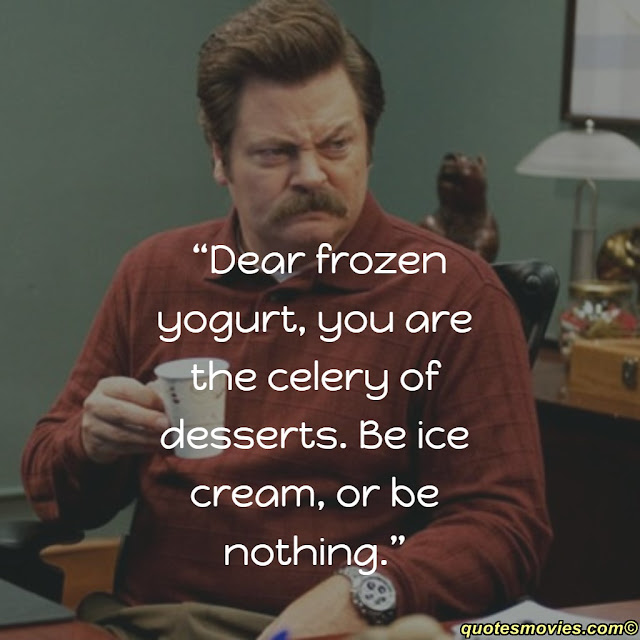 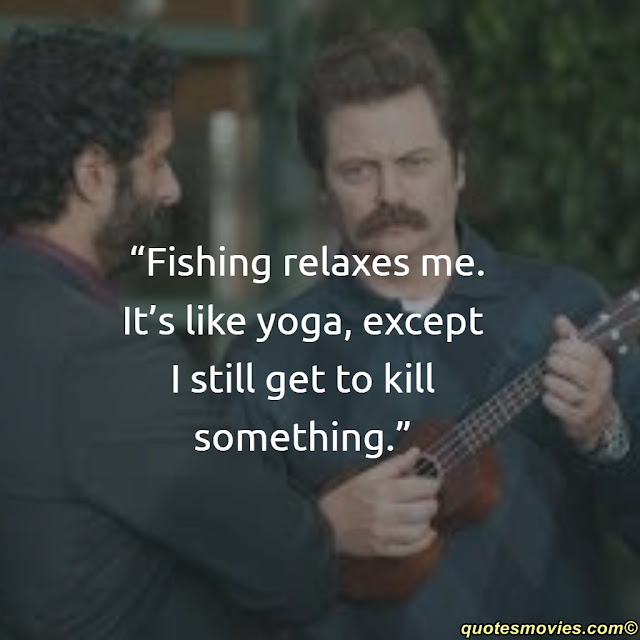 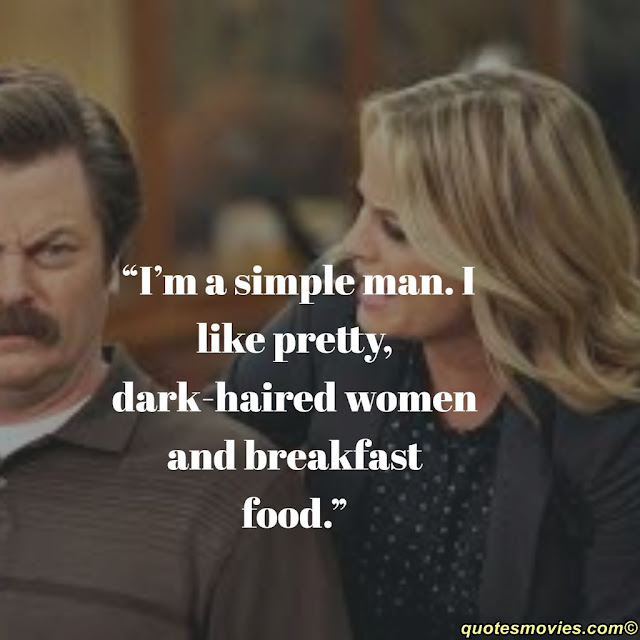 “There’s only one thing I hate more than lying: skim milk. Which is water that’s lying about being milk.”

“The less I know about other people’s affairs, the happier I am. I’m not interested in caring about people. I once worked with a guy for three years and never learned his name. The best friend I ever had. We still never talk sometimes.”

“Dear frozen yogurt, you are the celery of desserts. Be ice cream, or be nothing.”

“Fishing relaxes me. It’s like yoga, except I still get to kill something.”

“When I eat, it is the food that is scared.”

“I’ve cried twice in my life. Once when I was 7 and hit by a school bus. And then again when I heard that Li’l Sebastian had passed.”

“I call this turf ‘n’ turf. It’s a 16-ounce T-bone and a 24-ounce porterhouse. Also, whiskey and a cigar. I am going to consume all of this at the same time because I am a free American.”

“I’m a simple man. I like pretty, dark-haired women and breakfast food.”

“When people get too chummy with me, I like to call them by the wrong name to let them know I don’t really care about them.”

“If there were more food and fewer people, this would be a perfect party.”

“That is a canvas sheet, the most versatile object known to man. It can be used to make tents, backpacks, shoes, stretchers, sails, tarpaulins, and I suppose, in the direst of circumstances, it can be a surface on which to make art.”

“Any dog under 50 pounds is a cat, and cats are useless.”