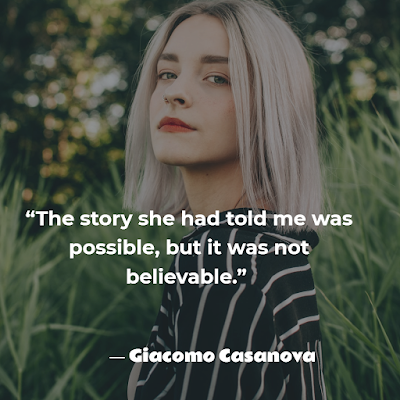 Casanova is the most famous lover in history, though he was not Tom Cruise or Brad Pitt. but he mastered the art of stealing women heart and make them under his mercy. his charismatic personality makes you winder he is adventurous more than James Bond, he Succeded in escaping from prison many times.he is a great writer at some time. he was the other side of the coin of Maquis de Sade.

I collected for you the wisdom of Casanova in image quotes and texts sayings. he was a great philosopher and adventurous man 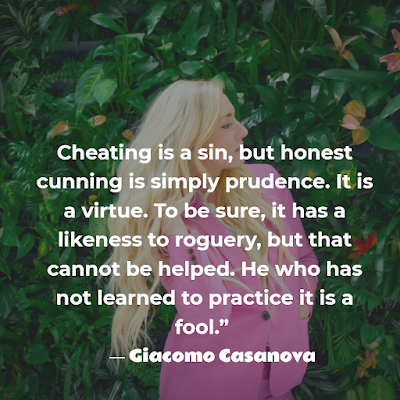 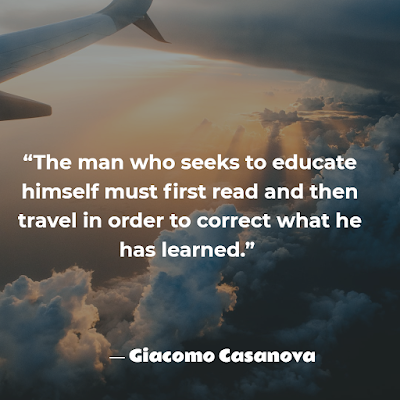 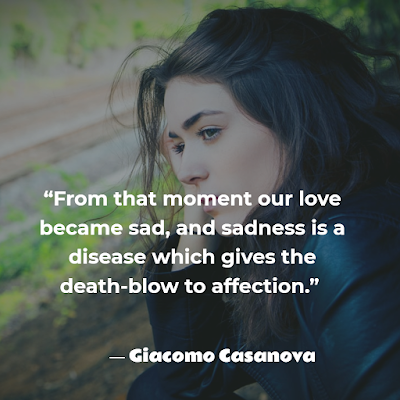 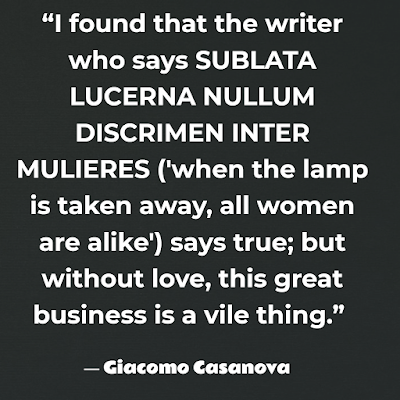 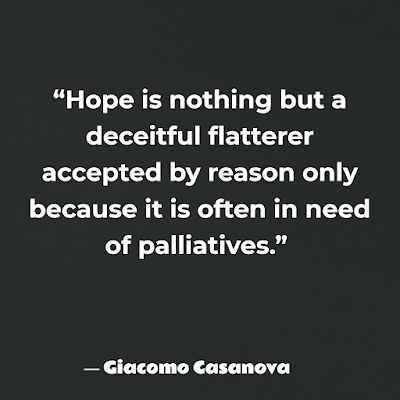 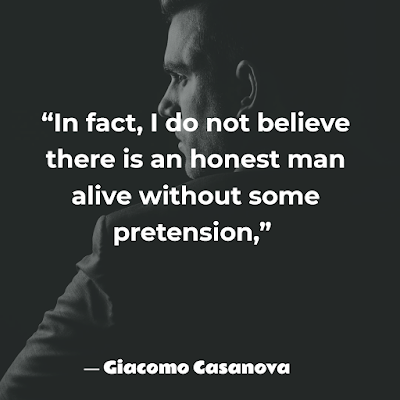 “Love is a great poet, its resources are inexhaustible, but if the end it has in view is not obtained, it feels weary and remains silent.” ― Giacomo Casanova 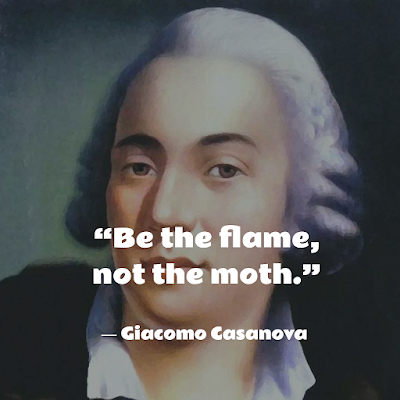 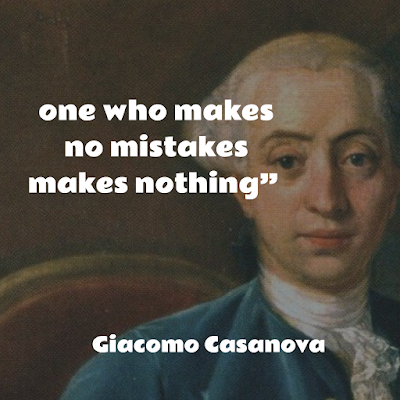 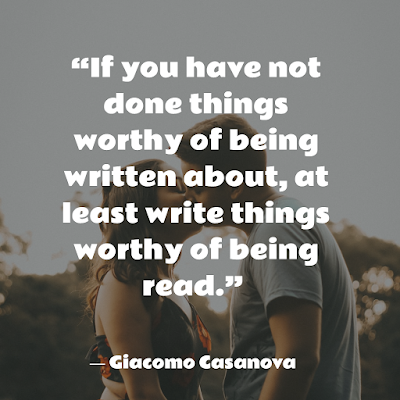 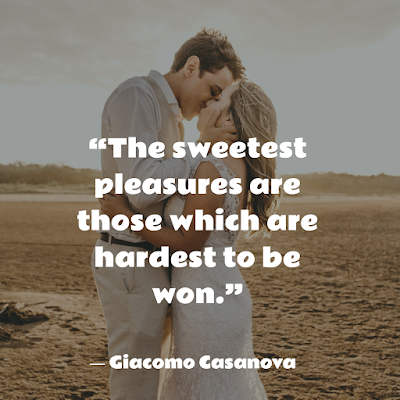 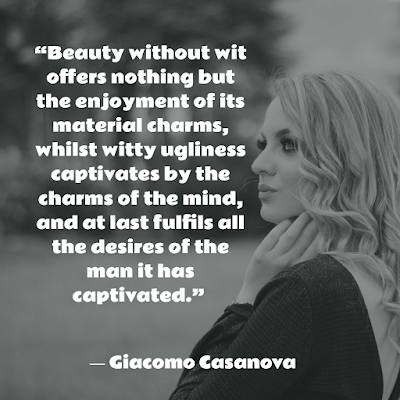 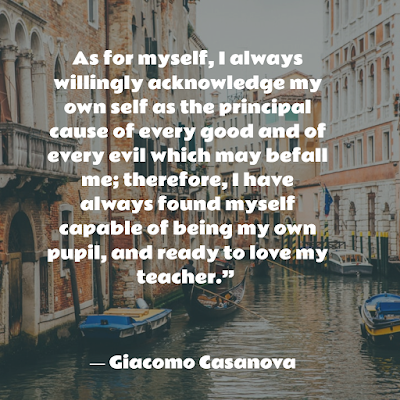 “The same principle that forbids me to lie does not allow me to tell the truth.” ― Giacomo Casanova 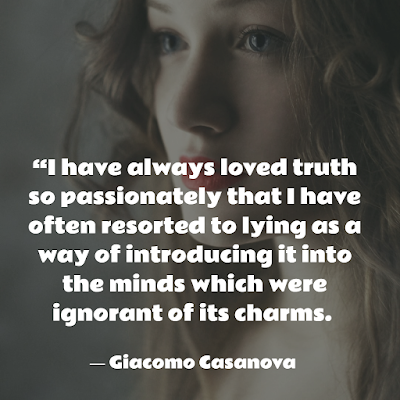 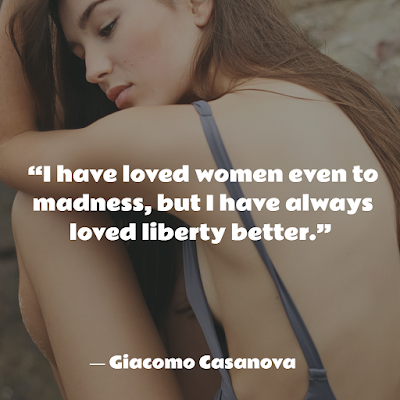 “lies, truth, love has always loved truth so passionately that I have often resorted to lying as a way of introducing it into the minds which were ignorant of its charms.” ― Giacomo Casanova 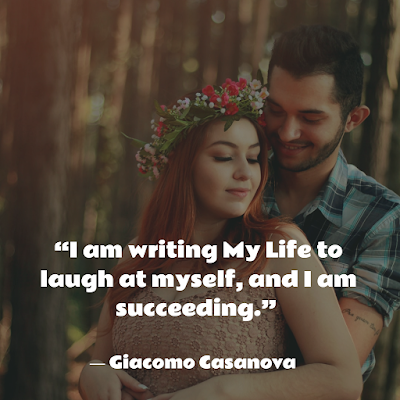 “Cheating is a sin, but honest cunning is simply prudence. It is a virtue. To be sure, it has a likeness to roguery, but that cannot be helped. He who has not learned to practice it is a fool.” ― Giacomo Casanova 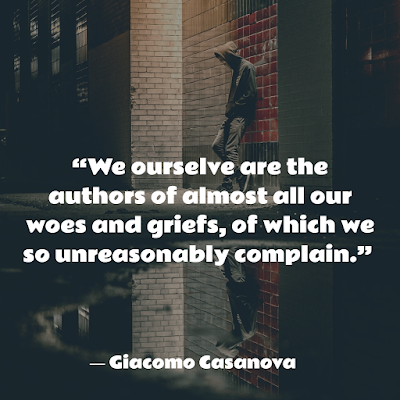 “I am writing My Life to laugh at myself, and I am succeeding.” ― Giacomo Chevalier de Casanova

“We ourselves are the authors of almost all our woes and griefs, of which we so unreasonably complain.” ― Casanova

“Give me a man who is man enough to give himself just to the woman who is worth him. If that woman were me,I would love him alone and forever” ― Giacomo Casanova

“There is no such thing as destiny. We ourselves shape our lives.” ― Casanova

“Enjoy the present, bid defiance to the future, laugh at all those reasonable beings who exercise their reason to avoid the misfortunes which they fear, destroying at the same time the pleasure that they might enjoy.” ― Casanova 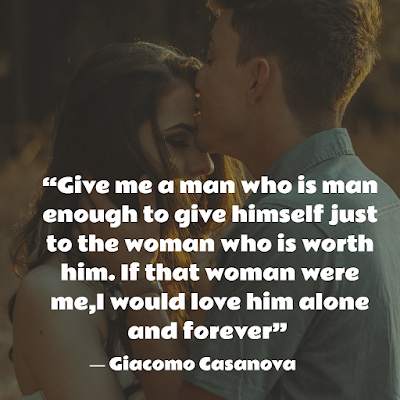 “I found that the writer who says SUBLATA LUCERNA NULLUM DISCRIMEN INTER MULIERES (‘when the lamp is taken away, all women are alike’) says true; but without love, this great business is a vile thing.”

“We love without heeding reason, and cease to love in the same manner.” ― Casanova

“From that moment our love became sad, and sadness is a disease which gives the death-blow to affection.” ― Giacomo Casanova 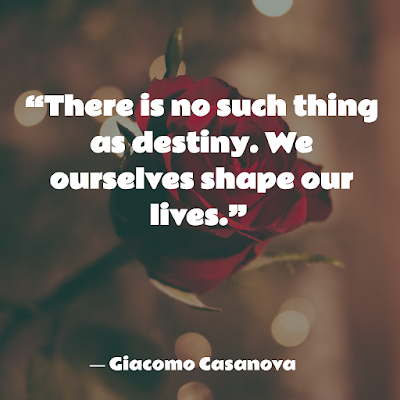 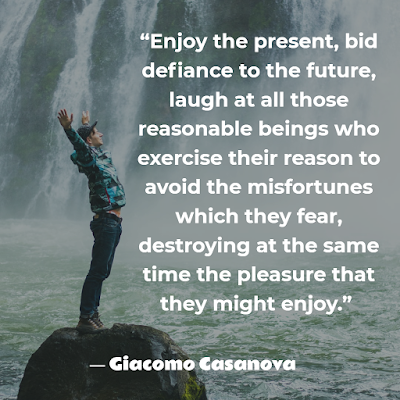 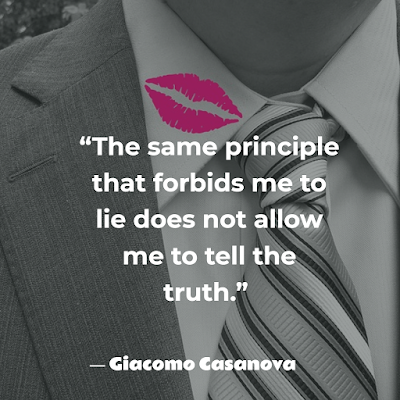 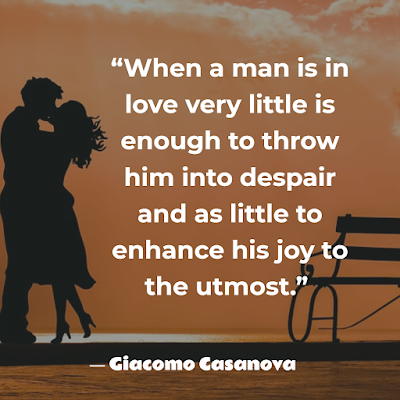 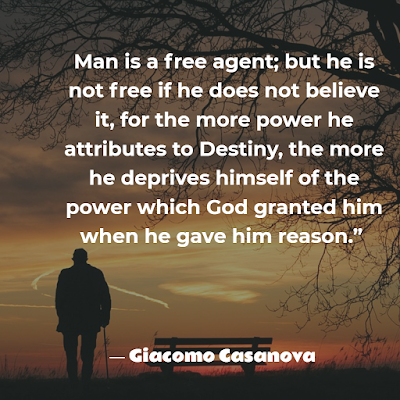 “The sweetest pleasures are those which are hardest to be won.” ― Casanova, The Story of My Life

“Beauty without wit offers nothing but the enjoyment of its material charms, whilst witty ugliness captivates by the charms of the mind, and at last fulfills all the desires of the man it has captivated.” ― Giacomo Casanova, The Story of My Life

“As for myself, I always willingly acknowledge my own self as the principal cause of every good and of every evil which may befall me; therefore, I have always found myself capable of being my own pupil, and ready to love my teacher.” ― Giacomo Girolamo Casanova, Geschichte Meines Lebens

“I have always loved truth so passionately that I have often resorted to lying as a way of introducing it into the minds which were ignorant of its charms. ― Giacomo Casanova

“I have loved women even to madness, but I have always loved liberty better.” ― Giacomo Casanova

“Beauty without wit offers love nothing but the material enjoyment of its physical charms, whilst witty ugliness captivates by the charms of the mind, and at last fulfills all the desires of the man it has captivated…

“When a man is in love very little is enough to throw him into despair and as little to enhance his joy to the utmost.” ― Casanova

“Cultivating whatever gave pleasure to my senses was always the chief business of my life; I have never found any occupation more important. Feeling that I was born for the sex opposite mine, I have always loved it and done all that I could to make myself loved by it. I have also been extravagantly fond of good food and irresistibly drawn by anything which could excite curiosity.” ― Giacomo Casanova, History of My Life, Vols. I & II

“Desires are but pain and torment, and enjoyment is sweet because it delivers us from them.” ― Giacomo Casanova, The Story of My Life

“Man is a free agent; but he is not free if he does not believe it, for the more power he attributes to Destiny, the more he deprives himself of the power which God granted him when he gave him the reason.” ― Giacomo Casanova

“The thing is to dazzle” ― Giacomo Casanova

“I often had no scruples about deceiving nitwits and scoundrels and fools when I found it necessary. …We avenge intelligence when we deceive a fool, and… deceiving a fool is an exploit worthy of an intelligent man. What has infused my very blood with an unconquerable hatred of the whole tribe of fools from the day of my birth is that I become a fool myself when I am in their company.” ― Giacomo Casanova

“The story she had told me was possible, but it was not believable.” ― Giacomo Casanova

“The man who seeks to educate himself must first read and then travel in order to correct what he has learned.” ― Casanova

“Love is only a feeling of curiosity more or less intense, grafted upon the inclination placed in us by nature that the species may be preserved.” ― Casanova

“Here it is. You assume that I am rich; I am not. I shall have nothing once I have emptied my purse. You perhaps suppose that I am a man of high birth, and I am of rank either lower than your own or equal to it. I have no talent which can earn money, no employment, no reason to be sure that I shall have anything to eat a few months hence. I have neither relatives nor friends nor rightful claims nor any settled plan. In short, all that I have is youth, health, courage, a modicum of intelligence, a sense of honor and of decency, with a little reading and the bare beginnings of a career in literature. My great treasure is that I am my own master, that I am not dependent upon anyone, and that I am not afraid of misfortunes. My nature tends toward extravagance. Such is the man I am. Now answer me, my beautiful Teresa.” ― Casanova Giacomo