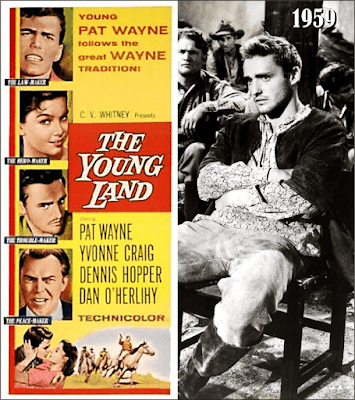 An American gunslinger kills a Mexican man in California immediately after the Mexican-American war. The killer is arrested and put on trial for murder with the Hispanic population waiting to learn.

Quotes from The Young Land movie

Hatfield Carnes: Had to shoot me a Mexican.

Sheriff Jim Ellison: Give me your gun.

Hatfield Carnes: You ain’t seem to get the right of it. I had to shoot him.

Hatfield Carnes: What? For shootin’ a Mexican?

Hatfield Carnes: Now you talk big, Mex. Let’s see if you got guts enough to draw on a white man.