Skip to content
The Rock (1996) Trailer and Top Quotes


A mild-mannered chemist and an ex-con must lead the counterstrike when a rogue group of military men, led by a renegade general, threaten a nerve gas attack from Alcatraz against San Francisco. 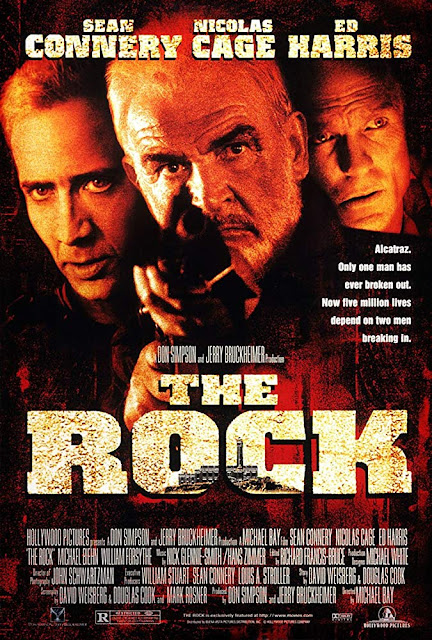 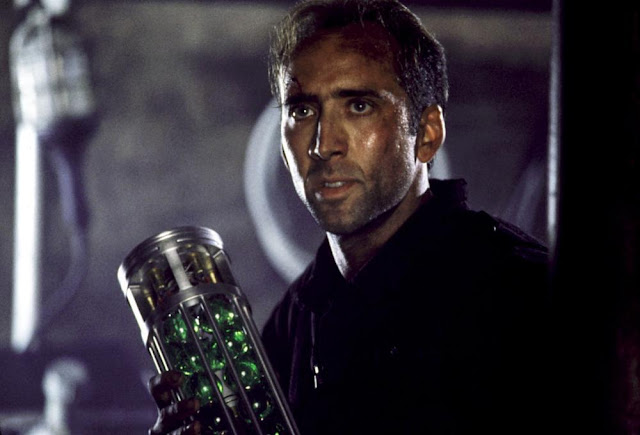 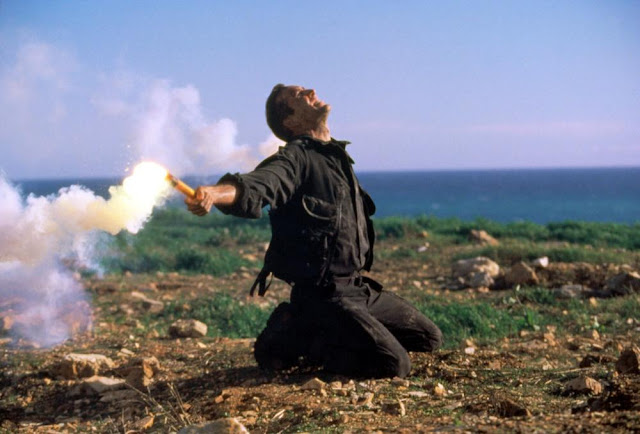 General Hummel: Did they bother to tell you who I am and why I’m doing this or are they just using you like they do everybody else?
John Mason: All I know is that you were big in Vietnam, I saw the highlights on television.
General Hummel: Then you probably have no idea what it means to lead some of the finest men on God’s earth into combat and then watch their memories get betrayed by their own fucking government.
John Mason: I don’t quite see how you cherish the memory of the dead by killing another million. And, this is not combat, it’s an act of lunacy, General Sir. Personally, I think you’re a fucking idiot.
General Hummel: “The tree of liberty must be refreshed from time to time with the blood of patriots and tyrants.” Thomas Jefferson.
John Mason: “Patriotism is a virtue of the vicious,” according to Oscar Wilde.
[Hummel strikes him, and he falls to his knees]
John Mason: Thank you for making my point.
General Hummel: Where are the guidance chips?
[Points his gun at Mason’s head]
General Hummel: WHERE ARE THE GUIDANCE CHIPS?
John Mason: I’ve destroyed them.
General Hummel: That was a bad move, soldier.

General Hummel: Major Anderson, if you have any concern for the lives of your men, you will order them to safety their weapons and place them on the deck.
Agent Paxton: This is not happening…
Commander Anderson: Sir, we know why you’re out here. God knows, I agree with you. But like you, I swore to defend this country against all enemies, foreign, sir… and domestic. General, we’ve spilled the same blood in the same mud. And you know god damn well I can’t give that order.
Navy SEAL: We’re dead!
General Hummel: Your unit is covered from an elevated position, Commander. I’m not gonna ask you again. Don’t do anything stupid. No-one has to die here.
Commander Anderson: [raising his voice] You men following the General: you’re under oath as United States Marines, have you forgotten that? We all have shipmates we remember, some of them were shit on and pissed on by the Pentagon. But that doesn’t give you the right to mutiny!
General Hummel: You call it what you want! You’re down there, we’re up here! You walked into the wrong goddamn room, Commander!

Stanley Goodspeed: [in the lower lighthouse] Listen, I think we got started off on the wrong foot. Stan Goodspeed, FBl. Uh – Let’s talk music. Do you like the Elton John song, “Rocket Man”?
Captain Darrow: I don’t like soft-ass shit.
Stanley Goodspeed: Oh, you – Oh, oh. Oh. Well, I only bring it up because, uh, it’s you. You’re the Rocket Man.
[Goodspeed fires a rocket at him]

Stanley Goodspeed: [while in the tunnels underneath Alcatraz] You enjoying this?
John Mason: Well, it’s certainly more enjoyable than my average day… reading philosophy, avoiding gang rape in the washrooms… though, it’s less of a problem these days. Maybe I’m losing my sex appeal.

Stanley Goodspeed: [to Mason] Look, I’m just a biochemist. Most of the time, I work in a little glass jar and lead a very uneventful life. I drive a Volvo, a beige one. But what I’m dealing with here is one of the most deadly substances the earth has ever known, so what say you cut me some FRIGGIN’ SLACK?

Captain Darrow: Excuse me, general… but what about the fucking money?
General Hummel: There is no fucking money. The mission’s over.
Captain Frye: Bullshit it’s over!
Major Tom Baxter: You’re talking to a General, soldier! Maintain discipline.
Captain Darrow: I’m not a soldier, Major. The day we took hostages, we became mercenaries. And mercenaries get paid. I want my FUCKING money!

General Hummel: Remember Operation Desert Storm? Those surgical hits made by our smart bombs that were covered so well on CNN? It was my men on the ground that made those hits possible by lazing the targets. Twenty of those men were left to rot outside Baghdad after the conflict ended. No benefits were paid to their families. No medals conferred. These men died for their country and they weren’t even given a goddamn military burial. This situation is unacceptable. You will transfer one hundred million dollars from Grand Cayman Red Sea trading company to an account I designate. From these funds, one million dollars will be paid to each of the eighty-three marines’ families. The rest of the funds, I will disperse at my discretion. Do I make myself clear?
Womack: Except for the Red Sea Trading Company. What is that?
General Hummel: Identify yourself.
Womack: This is FBI Director Womack, General.
General Hummel: It’s a slush-fund where the Pentagon keeps proceeds from illegal arms deals…
General Al Kramer: Jesus, Frank, this is classified information!
General Hummel: You alert the media, I launch the gas. You refuse payment, I launch the gas. You’ve got forty hours, until noon, day after tomorrow, to arrange transfer of the money. I am aware of your countermeasure. You know and I know it doesn’t stand a chance. Hummel from Alcatraz, out.

Paul (hotel barber): [to Mason, in the elevator] Okay, I don’t want to know nothing. I never saw you throw that gentleman off the balcony. All I care about is: are you happy with your haircut?

John Mason: Womack! Why am I not surprised, you piece of shit!

John Mason: In charge of what? Fucking me over for another three decades?

Agent Paxton: I don’t know anything about your previous matters. We’ve brought you here because there’s a situation that we think you can help us with.
John Mason: And what might that be? I’ve been in jail longer than Nelson Mandela, so maybe you want me to run for president.

John Mason: [Mason and Goodspeed are defusing a poison gas rocket in the prison morgue] What exactly does this stuff do?
Stanley Goodspeed: If the rocket renders it aerosol, it could take out the entire city of people.
John Mason: Really? And what happens if you drop one?
Stanley Goodspeed: Happily, it’d just wipe out you and me.
John Mason: How?
Stanley Goodspeed: It’s a cholinesterase inhibitor. Stops the brain from sending nerve messages down the spinal cord within thirty seconds. Any epidermal exposure or inhalation and you’ll know. A twinge at the small of your back as the poison seizes your nervous system…
Stanley Goodspeed: [Mason has lifted the chem round to look at it] DO NOT MOVE THAT! Your muscles freeze, you can’t breathe, you spasm so hard you break your own back and spit your guts out. But that’s after your skin melts off.
John Mason: My God…
Stanley Goodspeed: Oh, I think we’d like God on our side at the moment, don’t you?