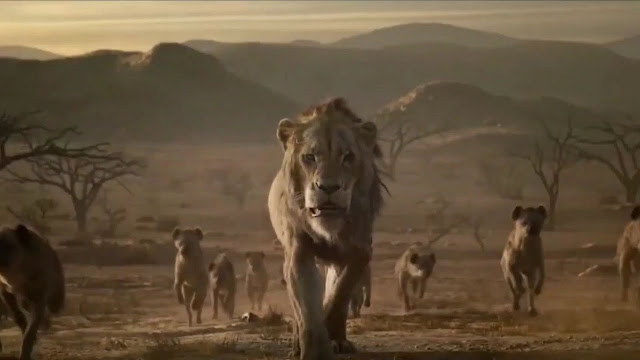 After the murder of his father, a young lion prince flees his kingdom only to learn the true meaning of responsibility and bravery.

Mufasa: Everything you see – exists together in a delicate balance. While others search for what they can take, a true king searches for what he can give.

Scar: [to mouse] Life’s – not fair – is it, my little friend? While some are born to a feast – others spend their lives in the dark… begging for scraps. The way I see it, you and I are exactly the same, we both want to find a way out.

Rafiki: Who are you?

Rafiki: Everybody is somebody. So I ask again, who are you?

Timon: Nothing, what’s a motto-with-you?

Mufasa: Everything the light touches… is our kingdom. But a king’s time as ruler rises and falls like the sun. One day, the sun will set on my time here, and will rise with you as the new king.

Mufasa: Simba, you must remember who you are: the one true king.

Zazu: How lovely to see the future King and Queen!

Young Simba: What do you mean?

Zazu: One day, you will be betrothed.

Zazu: Married… to each other.

Rafiki: And so, I asked… who are you?

Simba: I am Simba, son of Mufasa.

Simba: My father once told me: protect everything the light touches, if I don’t fight for it who will?

Rafiki: [to Simba] Look closer. You see, he lives in you.

Young Simba: I’m going to be King of Pride Rock. I want to be brave like you.

Mufasa: I’m only brave when I have to be.

Mufasa: [from trailer] You must take your place… in the circle of life.

Pumbaa: [as he and Timon catch up with Simba and Nala, about to reclaim Pride Rock from Scar] We’re here!

Pumbaa: The backup has arrived!

Mufasa: [from TV spot] Look at the stars, the great kings look down on us from those stars… And so will I.

Scar: This is my kingdom! My destiny!

Pumbaa: How bleak is that?

Timon: Now his problems are my problems.

Scar: I must take the throne.

Scar: I was first in line… until the prince arrived.

Young Simba: I’m gonna be the king of Pride Rock.

Scar: Is that so?

Scar: Mufasa and Simba are gone… I… am your king.

Timon: If you want to live with us, you have to eat like us

[Timon and Pumbaa are eating grubs]

Timon: Oh, are they?

Pumbaa: They’re from right there.

Timon: [about the hyenas] What’s your plan for getting us past the slobbering guards?

Pumbaa: All we need to do is find something that’s like big and juicy…

[Simba, Nala, and Zazu stare at him]

Pumbaa: Why is everybody looking at me?

Timon: [distracting the hyenas] Ma chère mademoiselle, we are proud to present… your dinner. Be. Our. Gue – ahhhh!

[Before he can finish performing, the hyenas chase him and Pumbaa off]

Nala: Are you with me, lions?

Simba: Come on, what are you waiting for?

Young Simba: Wait, Dad, let me come, I can help.

Mufasa: No son, you must stay with the other cubs.

Scar: Mufasa has something he didn’t have before… A weakness.

Mufasa: Don’t turn your back on me, Scar!

Scar: Oh, no, Mufasa. Perhaps you shouldn’t turn your back on me.

Mufasa: Is that a challenge?

Shenzi: [Shenzi and Nala face-off] .Now, this is a meal I’ve waited my whole life for.

Nala: I’ve been waiting too. And I’m not a cub anymore!

Scar: Simba! What have you done?

Young Simba: It was a stampede. He tried to save me. It was an accident. I didn’t mean for it to…

Scar: Of course you didn’t. No one ever means for these things to happen. But the king is dead… and if it weren’t for you… he’d still be alive. Your father had such hopes for you… gave you so many chances. And this is how you repay him.

Scar: Oh, what will your mother think? A son who causes his father’s death. A boy who kills a king.

Young Simba: What am I gonna do?

Scar: Run. Run away, Simba. Run away and never return.