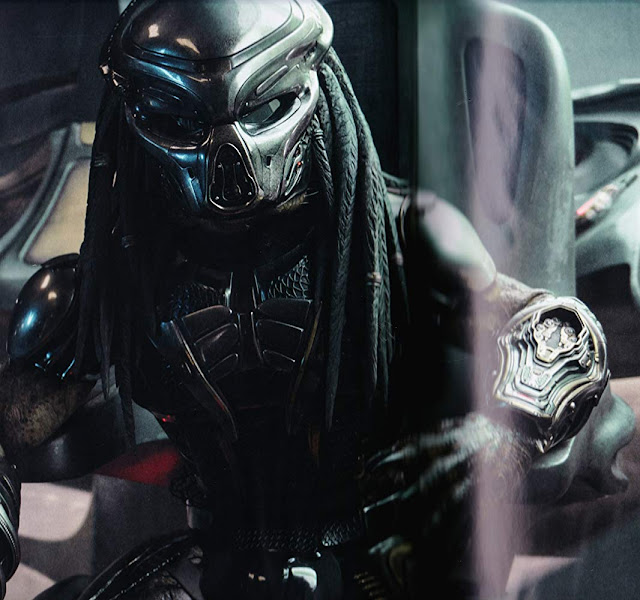 The Predator (2018) Top Quotes And Streaming of the New Trailer

From the outer reaches of space to the small-town streets of suburbia, the hunt comes home. Now, the universe’s most lethal hunters are stronger, smarter and deadlier than ever before, having genetically upgraded themselves with DNA from other species. When a young boy accidentally triggers their return to Earth, only a ragtag crew of ex-soldiers and a disgruntled science teacher can prevent the end of the human race. Written by Twentieth Century Fox

Baxley: Fuck me in the face with an aardvark!

Coyle: Hey, Baxley! If your mom’s vagina were a video game, it’d be rated E for everyone!

Casey Bracket: Why do you call it the Predator?
Traeger: It’s a nickname, the data suggests that it tracks its prey, exploits weakness. Seems to enjoy it, like a game.
Casey Bracket: That’s not a predator, that’s a sports hunter. A predator kills its prey to survive. What you’re describing is more like a bass fisherman.
Traeger: Well, we took a vote, Predator is cooler. Right?
[Rest of lab agrees]
Traeger: Fuck yeah.

Coyle: Hey, Baxley, question for you.
Baxley: Uh, here we go…
Coyle: How do you circumcise a homeless man?
Baxley: Here it comes…
Coyle: Kick your mom on the chin.
[laughs]
Baxley: [Unintelligible profanity from Baxley due to his Tourrete’s. The rest of the crew erupts in laughter]

Quinn McKenna: Get to the choppers!
[as the Predator is closing in to killing them all, he screams for everyone to jump on a set of motorcycle choppers nearby to get away]

Quinn McKenna: Look, I get it. Something went down in Mexico. Nobody wants any witnesses.

VA Psych: I need to know if your men pose a threat.

Casey Bracket: [as she examines the Predator up close while he’s strapped to a table] You are one beautiful motherfucker.

Dr. Yamada: What the hell is that?
Quinn McKenna: That’s my new suit, bubba. Hope it comes in a 42-long.
[End credits roll. Enter: The Predator Killer]

Traeger: Gentleman, they’re large, they’re fast, and fucking you up is their idea of tourism.

Casey Bracket: Oh, that’s cute.
Nebraska Williams: I like her.

Nebraska Williams: Why are you here?

Quinn McKenna: I had a run-in with a space alien.

Coyle: Oh, shit. This fucking guy is crazier than the rest of us!

Quinn McKenna: We may die, but we’re still here. So come and get us, motherfucker.

Casey Bracket: Do you have a plan? Ex-sniper with PTSD and a team that’s mental? You’re insane, right?
Coyle: Yeah!

Baxley: Figured something out: I think we’re gonna die! Just pointing it out!

Traeger: Do you know what my job description is? I’m in acquisitions. I look up and I catch what falls out of the sky.