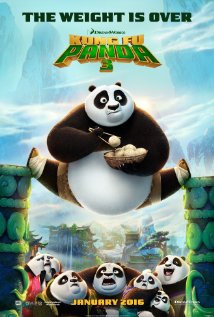 Kung Fu Panda 3 (2016) Top Movie Quotes
When Po’s long-lost panda father suddenly reappears, the reunited duo travels to a secret panda paradise to meet scores of hilarious new panda characters. But when the supernatural villain Kai begins to sweep across China defeating all the kung fu masters, Po must do the impossible-learn to train a village full of his fun-loving, clumsy brethren to become the ultimate band of Kung Fu Pandas

Po: Who are you?
Li: I’m Li Shang. I’m looking for my son.
[everybody gasps]
Po: You lost your son?
Po: Yes. Many years ago.
Po: I lost my father.
Li: I’m very sorry.
Po: Thank you.
[pause]
Li: Well, good luck to you.
Po: You too. I hope you find your son.
Li: And I hope you find your father.
[they both walk off, everyone facepalms]

[from trailer]Po: Master Shifu? Good time, bad time?
Shifu: Time is an allusion, there is only the now.
Po: So now is a… good time?
Shifu: Oh!

[from trailer]Kai: Kai has returned!
Rabbit, Goose: Who?
Kai: The master of pain, beast of vengeance, maker of widows.
Goose: I don’t know.
Kai: Okay, I used to work with Oogway.
Rabbit, Goose: Oh, Master Oogway.
Kai: SILENCE!
[Both cower as the Goose lays eggs in fear]

[from trailer]Mantis: You gotta get in there.
Crane: But Master Shifu said…
Mantis: You seriously afraid? Even Master Chicken is going in there, and he’s a chicken.
[Master Chicken clucks, pulls out his wing blades and runs inside an abandoned ship]

Tigress: [to Po] Kai took the Valley, it’s all gone… now he’s coming for the Pandas… you MUST teach them to fight!

Po: [leaps into a fight] Enemies of justice, prepare for…
[sees he’s leapt too far and is going over them]
Po: Are you kidding me?
[crashes]

[from trailer]
Li: [wheezing] I am your father… Why’re there so many stairs?
Mr. Ping: Why is he breathing like that? It’s creepy!

Shifu: If you only do what you can do, you’ll never be better than what you are.Po: But I like who I am!
Shifu: You don’t even know who you are!

Shifu: You must take the next step on your journey, from warrior to teacher.Po: But I’m no good at it!
Shifu: You’re terrible at it!

Po: Justice is about to be served![at his dad’s cafe]
Po: We’ll have two Justice platters, please.

[sees Master Flying Rhino’s armor]Po: I think I just peed a little!
[from trailer]
Mei Mei: Get ready to dance… with danger!

Po: There’s no way I can stop him!Li: Unless you had an army of your own.
Po: You don’t even know kung fu!
Li: Then you will teach us.

Oogway: [to PO] You must save the world.
Li: [to Po] You must rediscover what it is to be a panda! 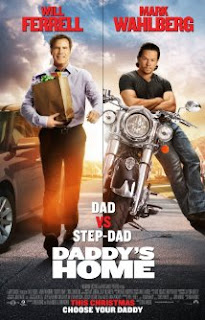 ‘Daddy’s Home’ is the second collaboration between Will Ferrell and Mark Wahlberg, the first being 2010’s ‘The Other Guys’. There’s no doubt the two have chemistry. What there is doubt about is how to perfectly utilise each of the two as characters. The problem is that for Wahlberg’s confident, in-charge character (which he has to play) to work Ferrell needs to play the straight guy and that isn’t when he’s at his best. He does it well there’s no doubt about it, but he’s at his best when his character has an edge to him like ‘Ron Burgundy’ or his character in ‘Step Brothers’. Playing the overly straight guy just seems almost a waste for the one Ferrell movie we get a year, even though no one could deny he still does it very well.

Dusty Mayron: [In a splendid and charming voice] 103.6… Thhhe paaandaa!

Brad: I’ve always wanted to be a dad and, let me tell you, I love it.
…
Brad: Did you do another drawing of our family?
Megan: That’s me and Dylan and mommy, and over here, far away, is you.
Brad: I love how you drew my hair. Am I wearing a baseball cap?
Megan: That’s poop.
Brad: Well it’s well drawn.
…
Brad: Okay, I’m their stepdad. The way I see it, anyone can be a father but not everyone has the patience and devotion to be a daddy.

Brad truly embraces being a stepfather to young children Megan and Dylan. Considering Megan drew Brad with poop on his head, it’s safe to say she does not share his excitement.

In an attempt to show everyone just how tough he is, Brad tries to ride Dusty’s motorcycle. Considering it ends with Brad stuck in a wall, let’s just say this is a fail. 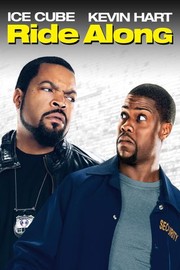 Ride Along 2 (2016) Top Movie Quotes
The RIDE ALONG 2 sequel picks up about a year after our heroes’ last adventure. Plans for a quick trip to Miami go bad. With the wedding upcoming, James reluctantly takes Ben with him to Miami to follow up on a lead connected to a drug-ring case he’s been trying to crack. In Miami, they meet Maya, a no-b.s homicide who lets them know, Miami is her turf. They also encounter AJ a shady, cocky computer hacker who reveals evidence that implicates a well- respected local businessman, the wealthy Antonio Pope, who harbors a vicious streak and rules South Florida’s drug trade. If Ben and James can convince the authorities that Pope is a brutal crime boss they’ll stop his spree. If they fail, well there may not be a wedding after all.

Antonio Pope: Name?
Maya: Prince Admiral Stephen Matumbay.
Ben Barber: Plus my tooth servant.
James Payton: I’m not your servant.
Ben Barber: [he slaps James] YOU ARE WHAT I SAY YOU ARE!
Maya: [James slaps Ben back] Sign of respect.
Ben Barber: I can’t feel my face.

Ben: James, how many rainbows are you made out of because right now I see one, two, three trainbows. Ha. I just said trainbows.

Ben: My stomach’s in my ass!

Top Five (2014) by Chris Rock Top Quotes
Top Five is a 2014 American comedy film written and directed by Chris Rock. The film, starring Rock, Rosario Dawson, and Gabrielle Union, was screened in the Special Presentations section of the 2014 Toronto International Film Festival.[4] The movie follows New York City comedian and film star Andre Allen (Rock), who has to confront his past and comedic career after doing an interview with journalist Chelsea Brown (Dawson). The film was released on December 12, 2014, by Paramount Pictures.

First off, Rock sat down with New York magazine’s Frank Rich and shared his nuanced thoughts on the idea of “racial progress”:

When we talk about race relations in America or racial progress, it’s all nonsense. There are no race relations. White people were crazy. Now they’re not as crazy. To say that black people have made progress would be to say they deserve what happened to them before… So, to say Obama is progress is saying that he’s the first black person that is qualified to be president. That’s not black progress. That’s white progress. There’s been black people qualified to be president for hundreds of years. If you saw Tina Turner and Ike having a lovely breakfast over there, would you say their relationship’s improved? Some people would. But a smart person would go, “Oh, he stopped punching her in the face.” It’s not up to her. Ike and Tina Turner’s relationship has nothing to do with Tina Turner. Nothing. It just doesn’t. The question is, you know, my kids are smart, educated, beautiful, polite children. There have been smart, educated, beautiful, polite black children for hundreds of years. The advantage that my children have is that my children are encountering the nicest white people that America has ever produced. Let’s hope America keeps producing nicer white people.
In the same interview, Rock also got reflective on the legacy of President Obama, offering up a pretty brutally hilarious comparison:

I’m trying to figure out the right analogy. Everybody wanted Michael Jordan, right? We got Shaq. That’s not a disappointment. You know what I mean? We got Charles Barkley. It’s still a Hall of Fame career. The president should be graded on jobs and peace, and the other stuff is debatable. Do more people have jobs, and is there more peace? I guess there’s a little more peace. Not as much peace as we’d like, but I mean, that’s kind of the gig. I don’t recall anybody leaving on an up. It’s just that kind of job. I mean, the liberals that are against him feel let down because he’s not Bush. And the thing about George Bush is that the kid revolutionized the presidency. How? He was the first president who only served the people who voted for him. He literally operated like a cable network.
In a similarly wide-ranging interview with Grantland’s Rembert Browne, Rock talked about having kids and being a role model:

Be a role model to your kids. You just are. Your kids watch you every day. They kind of do what you do. But the whole “Be a role model to people” [idea] is kind of racist when you think about it. It’s not like, “Get on the back of the bus, n—-” racist. It suggests that my behavior is not natural. It’s like, “Hey I don’t beat my wife because I don’t beat my wife, not because I’m trying to help the race out.” Know what I mean? I read because I want to read. It’s like, you have a negative image of your people as a whole if you’re putting all of your eggs in my basket. Or a basket of my behavior. Really? I don’t smoke crack because I don’t want to smoke crack, not because I’m trying to help out. So you’re saying if I wasn’t famous, I’d just be in jail and cracked up if no one was watching me? No.
Next up, there’s Rock’s impassioned editorial in The Hollywood Reporter, where he touched on, amongst other topics, the lack of good roles for black women in Hollywood:

Or how about True Detective? I never heard anyone go, “Is it going to be Amy Adams or Gabrielle Union?” for that show. I didn’t hear one black girl’s name on those lists. Not one. Literally everyone in town was up for that part, unless you were black. And I haven’t read the script, but something tells me if Gabrielle Union were Colin Farrell’s wife, it wouldn’t change a thing. And there are almost no black women in film. You can go to whole movies and not see one black woman. They’ll throw a black guy a bone. OK, here’s a black guy. But is there a single black woman in Interstellar? Or Gone Girl? Birdman?The Purge? Neighbors? I’m not sure there are. I don’t remember them. I go to the movies almost every week, and I can go a month and not see a black woman having an actual speaking part in a movie. That’s the truth.
And finally, from a discussion with Rolling Stone, Rock shared his take on the relationship between comedy and hip-hop:

The Stones can play arenas because the Stones have songs that are not purely based on references that you had to be there for. I love Public Enemy. But they don’t have “You Can’t Always Get What You Want.” Kanye will be able to play arenas maybe more than Jay Z honestly, because there’s a vulnerability and an emotional thing that happens in his music that doesn’t happen in most rap. I love rap, but rap is like comedy: It rots. Comedy rots. Trading Places is a perfect movie, just unbelievably good. But there are other comedies, not nearly as old as Trading Places, that just have references and things in them that aren’t funny five years later. And rap’s got a lot of that.