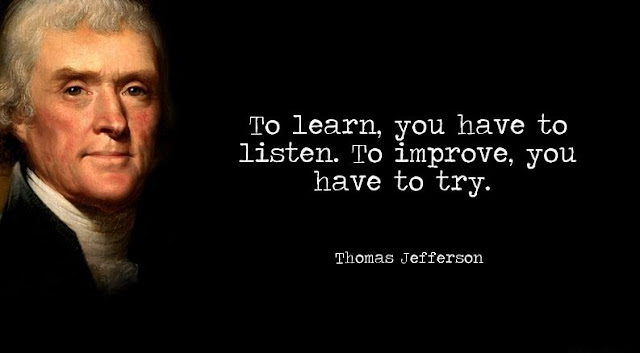 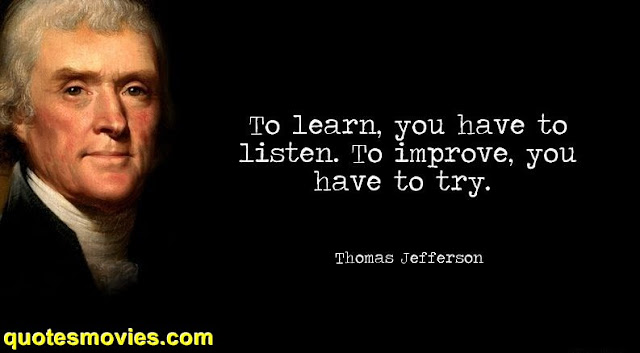 1. I believe that every human mind feels pleasure in doing good to another.
2. The energy, the faith, the devotion which we bring to this endeavor will light our
country and all who serve it, and the glow from that fire can truly light the world.
3. The most valuable of all talents is that of never using two words when one will
do.
4. Merchants have no country. The mere spot they stand on does not constitute so
strong an attachment as that from which they draw their gains.
5. A coward is much more exposed to quarrels than a man of spirit.
6. Enlighten the people generally, and tyranny and oppressions of body and mind
will vanish like evil spirits at the dawn of day.
7. Friendship is precious, not only in the shade, but in the sunshine of life.
8. It is my principle that the will of the majority should always prevail.
9. Peace and friendship with all mankind is our wisest policy, and I wish we may be
permitted to pursue it.
10. When a man assumes a public trust, he should consider himself as public
property.
11. The man who fears no truths has nothing to fear from lies.
12. Nothing can stop the man with the right mental attitude from achieving his goal;
nothing on earth can help the man with the wrong mental attitude.
13. Determine never to be idle…It is wonderful how much may be done if we are
always doing.
14. Do not bite at the bait of pleasure till you know there is no hook beneath it.
15. I do not take a single newspaper, nor read one a month, and I feel myself
infinitely the happier for it.
16. I’m a great believer in luck, and I find the harder I work the more I have of it.
17. Never fear the want of business. A man who qualifies himself well for his calling,
never fails of employment.
18. Never spend your money before you have it.
19. Never trouble another for what you can do for yourself.
20. Nothing gives one person so much advantage over another as to remain always
cool and unruffled under all circumstances.
21. The advertisement is the most truthful part of a newspaper.
22. Walking is the best possible exercise. Habituate yourself to walk very far