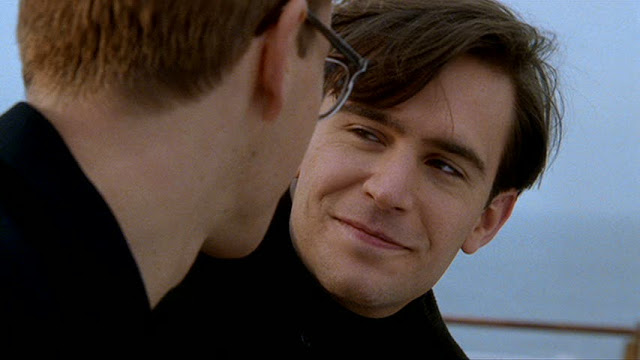 Officially, there are no Italian homosexuals. It makes Michelangelo and Leonardo very inconvenient.
—Peter, The Talented Mr. Ripley (1999)

Tell you something. If the rest of you could shoot like them, I wouldn’t care if the whole damn department was queer.
—Harry Callahan, Magnum Force (1973)

How do you teach homosexuality? Is it like French?
—Harvey Milk, Milk (2008)

Bottom line is: we’re around each other and this thing, it grabs hold of us again, at the wrong place, at the wrong time, and we’re dead. —Ennis Del Mar, Brokeback Mountain (2005)

Only steers and queers come from Texas, Private Cowboy, and you don’t look much like a steer to me, so that kinda narrows it down. —Gunnery Sergeant Hartman, Full Metal Jacket (1987)

People who are queer get along better in a big town.
—Frank, Sling Blade (1996)