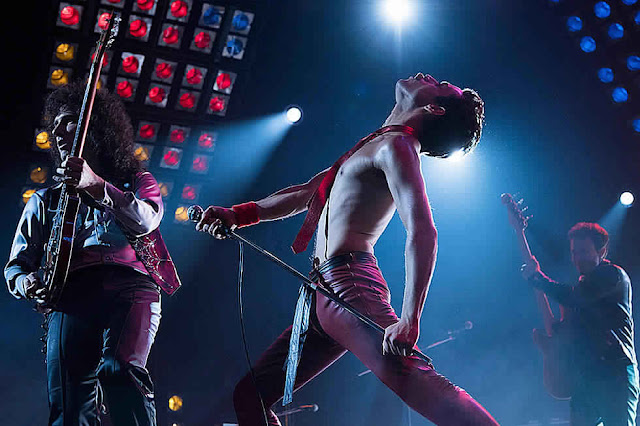 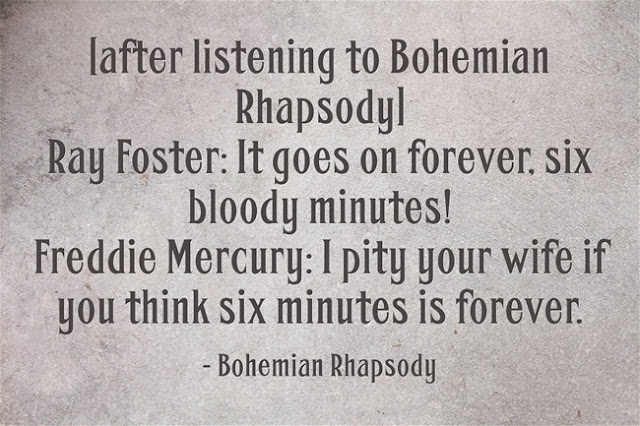 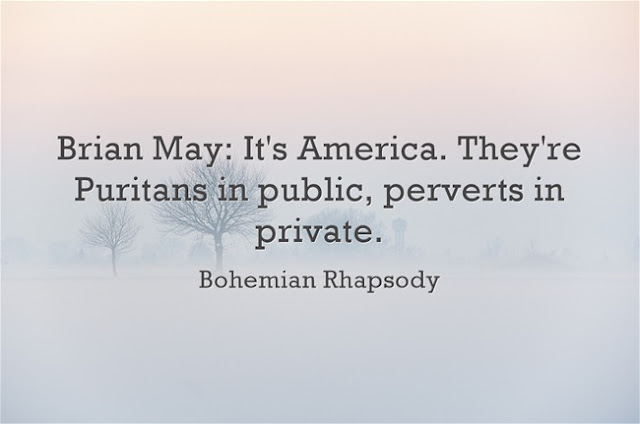 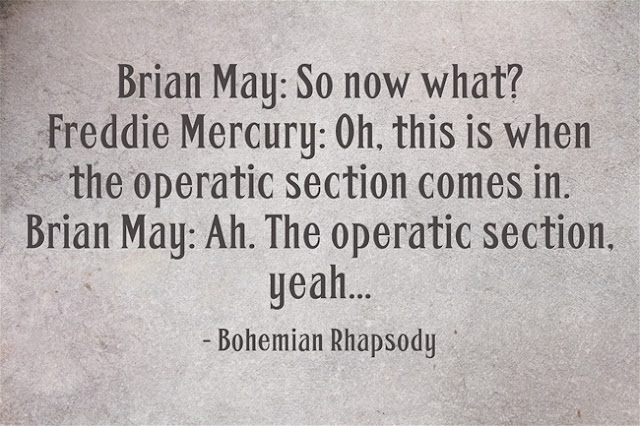 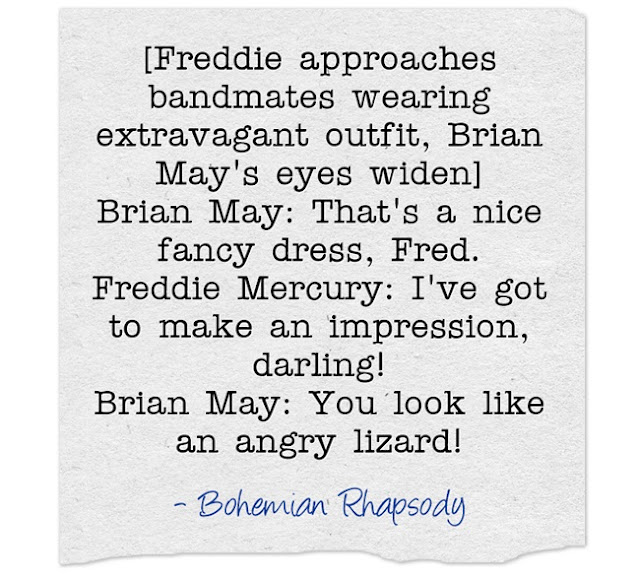 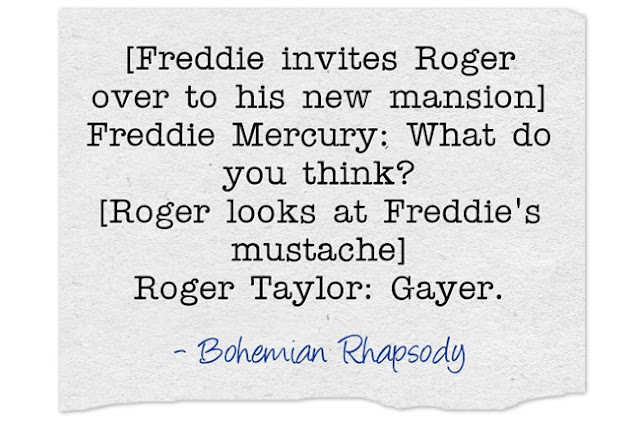 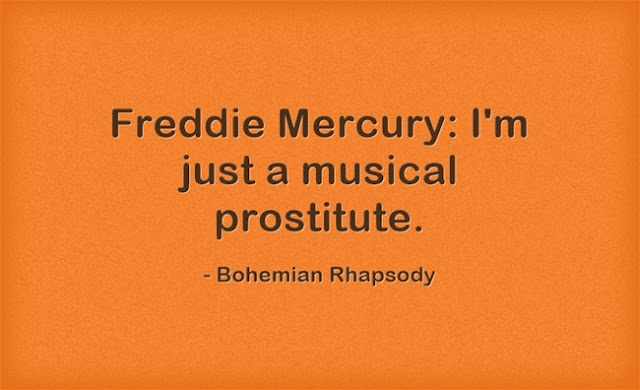 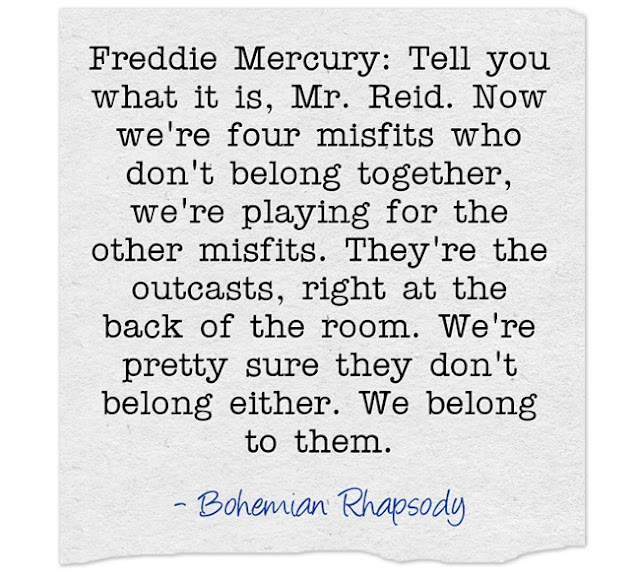 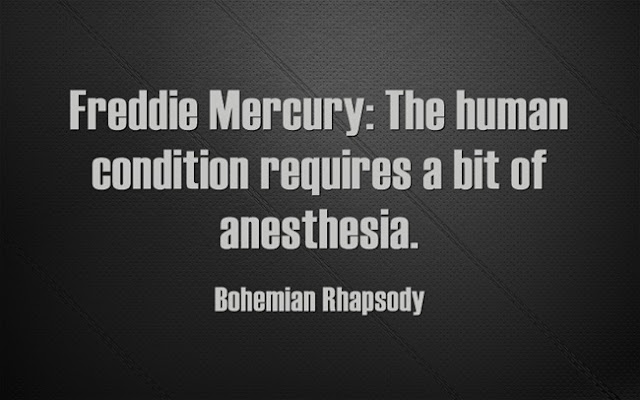 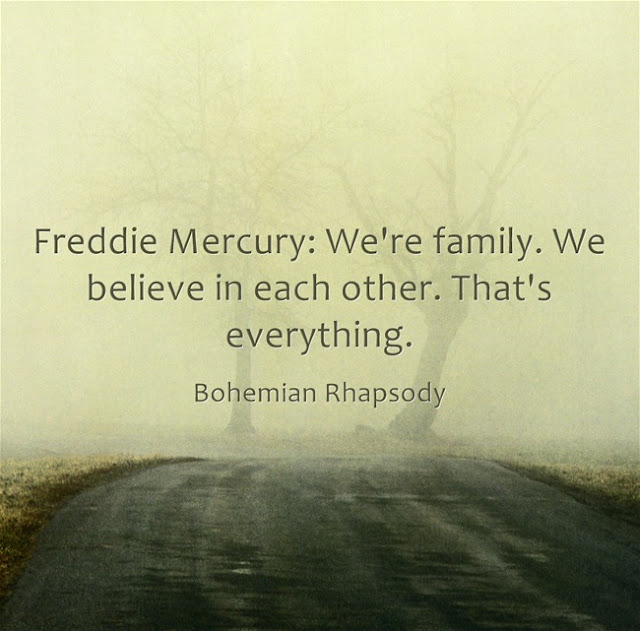 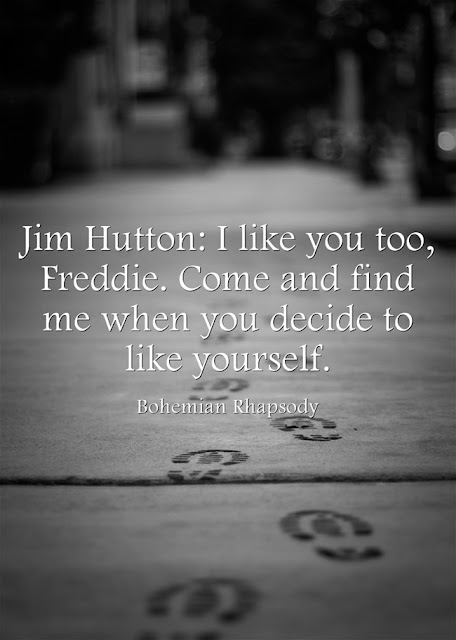 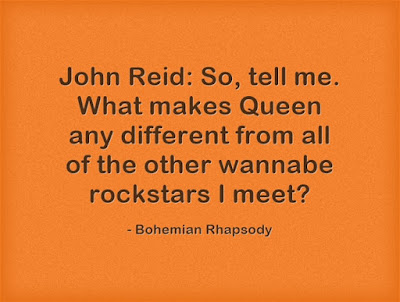 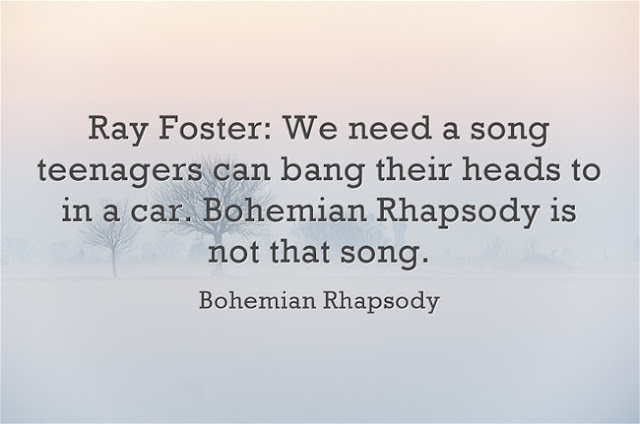 [after listening to Bohemian Rhapsody]
Ray Foster: It goes on forever, six bloody minutes!
Freddie Mercury: I pity your wife if you think six minutes is forever.

John Reid: So, tell me. What makes Queen any different from all of the other wannabe rockstars I meet?

Freddie Mercury: Tell you what it is, Mr. Reid. Now we’re four misfits who don’t belong together, we’re playing for the other misfits. They’re the outcasts, right at the back of the room. We’re pretty sure they don’t belong either. We belong to them.

Ray Foster: We need a song teenagers can bang their heads to in a car. Bohemian Rhapsody is not that song.

[Freddie invites Roger over to his new mansion]
Freddie Mercury: What do you think?
[Roger looks at Freddie’s mustache]
Roger Taylor: Gayer.

[after listening to Bohemian Rhapsody]
Ray Foster: Bohemian…
Brian May: Rhapsody. It’s poetic.
Ray Foster: What on earth is it about? Scaramouche? Galileo? Beelzebub? And that Ismallah business?
Freddie Mercury: Bismillah.

[from trailer]
Brian May: I wanna give the audience something that they can perform.
[Brian stomps his foot twice and claps, he and other band members follow along to the beat of We Will Rock You]
Freddie Mercury: What’s the lyric?

[from trailer]
Mary Austin: [to Freddie] I love the way you move on stage. The whole room belongs to you. Don’t you see what you can be?

Jim Beach: They just need a bit of time.

Freddie Mercury: What if I don’t have time?

[about to perform]
Roger Taylor: Ready, Freddie?
Freddie Mercury: Let’s do it.

Jim Hutton: I like you too, Freddie. Come and find me when you decide to like yourself.

[from trailer]
Ray Foster: Mark these words: NO ONE will play Queen.
Jim Beach: Fortune favors the bold.

Freddie Mercury: The human condition requires a bit of anesthesia.

Mary Austin: [to Freddie, crying] Your life is going to be very difficult.

Freddie Mercury: Roger, there’s only room in this band for one hysterical queen.

Young Man at Clinic: [as Freddie passes him by] Ay-oh?
Freddie Mercury: [Stopping and looking back at him] Ay-oh.

[Freddie meets Mary’s deaf father on his birthday]
Freddie Mercury: [to Mary] Tell him thanks for the birthday cake. And tell him you’re an epic shag.
Mary Austin: Freddie, he can read lips!

[from trailer]
Freddie Mercury: We can be. We believe in each other… that’s everything. We are going to do great things. It’s an experience – love, tragedy, joy… it’s something that people will feel belongs to them.

Ray Foster: Bohemian…
Brian May: Rhapsody.
Ray Foster: Rhapsody. What is that?
Freddie Mercury: An epic poem.
Ray Foster: It goes on forever, six bloody minutes!
Freddie Mercury: I pity your wife if you think six minutes is forever.
[pause]
Freddie Mercury: And you know what? We’re going to release it as our single.
Ray Foster: [laugs] Not possible. Anything over three minutes, and the radio stations won’t program it. John?
John Reid: Yeah, we need radio. Format is three minutes.
Ray Foster: What about ‘I’m in Love with My Car’?
[disappointed look on Queen’s faces before Freddie kicks Ray’s desk]
Ray Foster: Well, that’s the kind of songs teenagers can crank up the volume in their car and bang their heads to. ‘Bohemian Rhapsody’ will never be that song.

Roger Taylor: …Who even is Galileo?

Freddie Mercury: I am the lead singer not the leader of the band.

Freddie Mercury: We’re family. We believe in each other. That’s everything.

[from trailer]
Brian May: We want to do something different.
Ray Foster: It’s my money, I say what goes!
Brian May: We can’t simply repeat ourselves.
Freddie Mercury: No… we can do better.

Bomi Bulsara: So now the family name is not good enough for you.
Freddie Mercury: I’ve changed it legally. No going back.

Roger Taylor: What are you doing later?
Kashmira Bulsara: Homework…

Jim Beach: The sun always sets behind you on Miami Beach.

Brian May: [to Freddie] No one will play us on the radio. We need to get experimental.

Jim Hutton: Touch me again like that and I’ll belt ya.

Mary Austin: What do you want from me, Freddie?
Freddie Mercury: Almost everything.

Brian May: [At press conference] Does anyone have questions about the music?

Ray Foster: Mark these words. No one will play Queen.

Freddie Mercury: How much do you think we can get for this van?

Paul Prenter: I know who you are, Freddie Mercury.

Mary Austin: You’ve been burning the candle at both ends, Freddie.

Jim Hutton: Goodnight, Freddie. Or should I say good morning?

Shelley Stern: Freddie, could you tell us about the rumors concerning your sexuality?

Ray Foster: It’s my money. I say what goes!

Freddie Mercury: I’ve got another martini. Would you like it?
Jim Hutton: Yes.

Roger Taylor: [after singing Galileo in high pitch several times] My balls are in my chest.

Paul Prenter: [to German TV presenter] His lovers were countless.

Bohemian Rhapsody is a 2018 biographical film about Freddie Mercury, lead singer of the British rock band Queen. It follows the singer’s life from when he joins the band in 1970 to their 1985 Live Aid performance at the former Wembley Stadium in London. A British-American venture, it was produced by 20th Century Fox, New Regency, GK Films, and Queen Films, with Fox serving as distributor. Directed by Bryan Singer, it was written by Anthony McCarten, and produced by Graham King and Queen manager Jim Beach. It stars Rami Malek as Mercury, with Lucy Boynton, Gwilym Lee, Ben Hardy, Joe Mazzello, Aidan Gillen, Tom Hollander, Allen Leech, and Mike Myers in supporting roles. Queen members Brian May and Roger Taylor served as creative and musical consultants