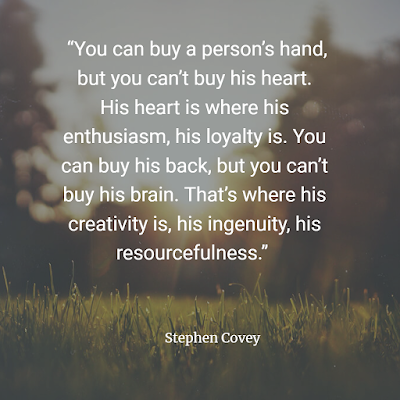 The first responsibility of a leader is to define reality. The last is to say thank you. In between, the leader is a servant.” Max DePree 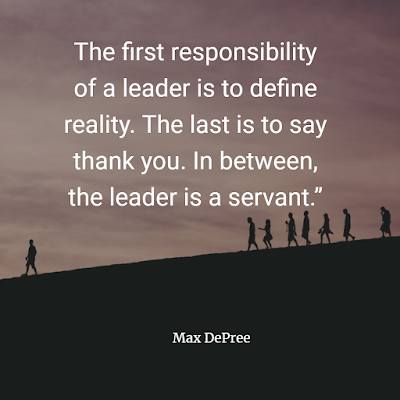 “Leadership is lifting a person’s vision to high sights, the raising of a person’s performance to a higher standard, the building of a personality beyond its normal limitations.”
Peter Drucker 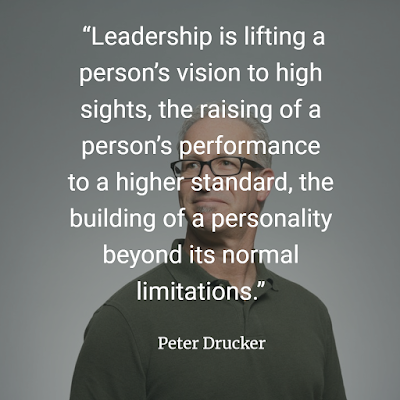 “I start with the premise that the function of leadership is to produce more leaders, not more followers.” Ralph Nader 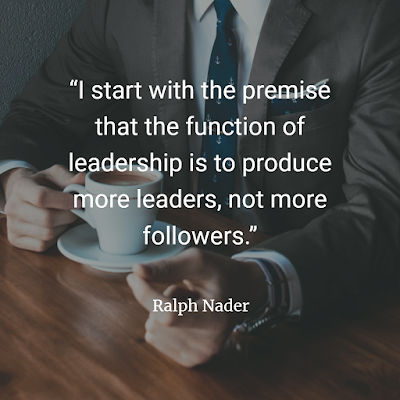 “The art of leadership is saying no, not saying yes. It is very easy to say yes.” 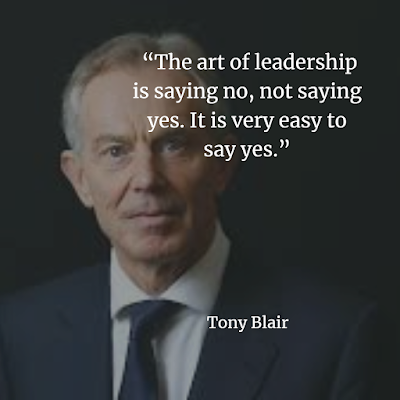 “A great leader’s courage to fulfill his vision comes from passion, not position.”
John Maxwell 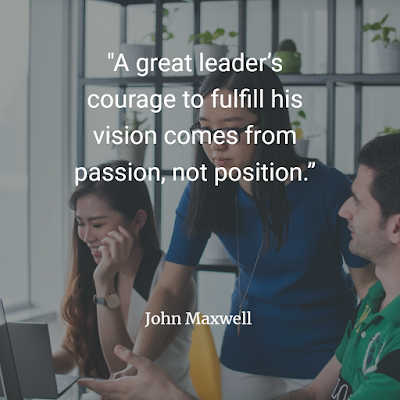 “The challenge of leadership is to be strong, but not rude; be kind, but not weak; be bold, but not bully; be thoughtful, but not lazy; be humble, but not timid; be proud, but not arrogant; have humor but without folly,”
Jim Rohn 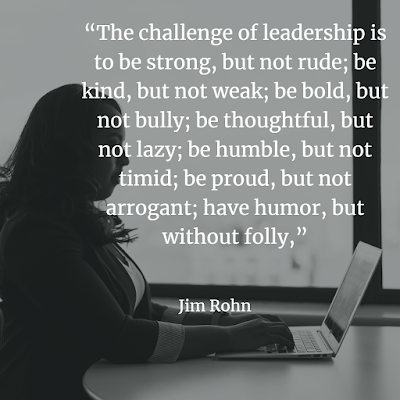 “Never tell people how to do things. Tell them what to do and they will surprise you with their ingenuity.”
General George Patton 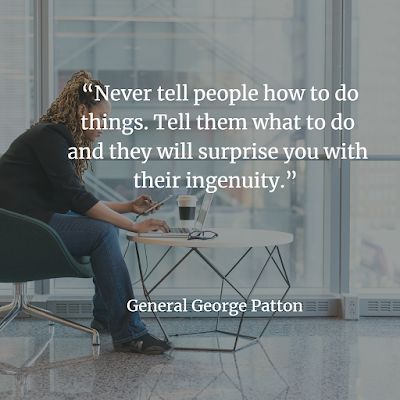 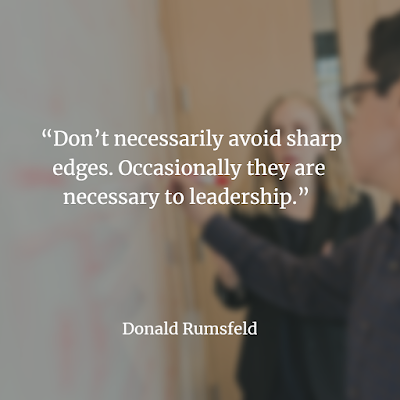 “Great leaders are almost always great simplifiers, who can cut through argument, debate, and doubt to offer a solution everybody can understand.”
General Colin Powell 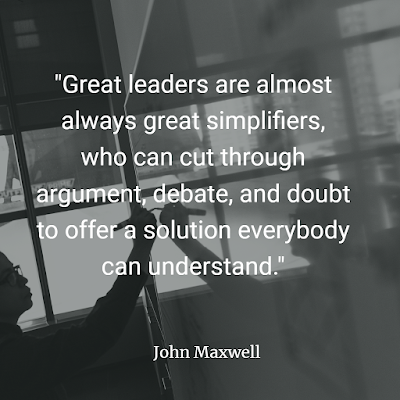 “It is better to lead from behind and to put others in front, especially when you celebrate victory when nice things occur. You take the front line when there is a danger. Then people will appreciate your leadership.” 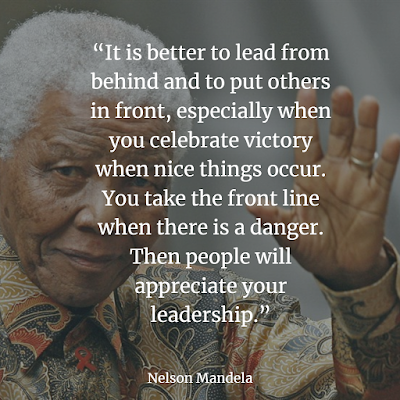 “Leadership is the key to 99 percent of all successful efforts.”

“Management is about arranging and telling. Leadership is about nurturing and enhancing.” Tom Peters

“We live in a society obsessed with public opinion. But leadership has never been about popularity.” Marco Rubio

“There are three essentials to leadership: humility, clarity, and courage.” Fuchan Yuan

“Leadership is the art of getting someone else to do something you want to be done because he wants to do it.” Dwight Eisenhower

“You do not lead by hitting someone over the head – that’s assault, not leadership.” Dwight Eisenhower “

A leader is a dealer in hope.” Napoleon Bonaparte “I must follow the people. Am I not their leader?” Benjamin Disraeli “

The leadership instinct you are born with is the backbone. You develop the funny bone and the wishbone that go with it.” Elaine Agather

“The very essence of leadership is that you have to have vision. You can’t blow an uncertain trumpet.” Theodore M. Hesburgh

“The best executive is the one who has sense enough to pick good men to do what he wants to be done, and self-restraint to keep from meddling with them while they do it.” Theodore Roosevelt

“A man who wants to lead the orchestra must turn his back on the crowd.” James Crook

“People cannot be managed. Inventories can be managed, but people must be led.” H Ross Perot

“If the blind lead the blind, both shall fall into the ditch.” The Bible

“Do you wish to rise? Begin by descending. You plan a tower that will pierce the clouds? Lay first the foundation of humility.” St. Augustine

“Pull the string, and it will follow wherever you wish. Push it, and it will go nowhere at all.” Dwight Eisenhower

“Life is like a dogsled team. If you ain’t the lead dog, the scenery never changes.” Lewis Grizzard

“A leader is best when people barely know he exists, not so good when people obey and acclaim him, worse when they despise him. But of a good leader who talks little when his work is done, his aim fulfilled, they will say: We did it ourselves.” Lao-Tzu

“It is a terrible thing to look over your shoulder when you are trying to lead — and find no one there.” Franklin D Roosevelt

“What you cannot enforce, do not command.” Sophocles

“It’s hard to lead a cavalry charge if you think you look funny on a horse.” Adlai Stevenson

“I am a man of fixed and unbending principles, the first of which is to be flexible at all times.” Everett Dirksen

“The only safe ship in a storm is leadership.” Faye Wattleton

“If I have seen farther than others, it is because I was standing on the shoulder of giants.” Isaac Newton “

A leader must have the courage to act against an expert’s advice.” James Callaghan

“If your actions inspire others to dream more, learn more, do more and become more, you are a leader.” John Quincy Adams

“The key to successful leadership today is influence, not authority.” Kenneth Blanchard

“Leaders are more powerful role models when they learn that when they teach.” Rosabeth Moss Kantor

“Leadership is doing what is right when no one is watching.”