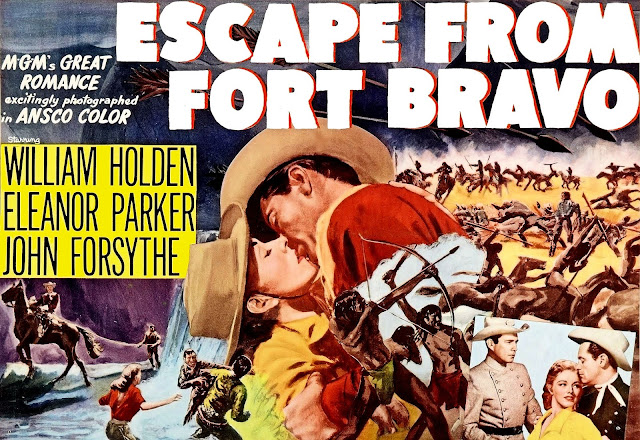 A ruthless Union captain is renowned throughout his prison fort as the toughest soldier in the business, capable of capturing every escaped convict under his supervision. However, when he falls in love with a visiting woman some of the prisoners seize the advantage and try to escape while he is in a more “mellow” mood. Written by Jonathon Dabell

Capt. Roper: Did you fire that shot?

Capt. Roper: In any other place than this, I’d thank you.

Cabot Young: In any other place, you wouldn’t get the chance!

Cabot Young: You must have missed!

Campbell: Naw, we just killed the same one twice!

[takes aim and shoots Indian off his pony with one shot]

Campbell: See what I mean?

Capt. Roper: When you’re in the grave, Beecher, it doesn’t matter too much how you got there.