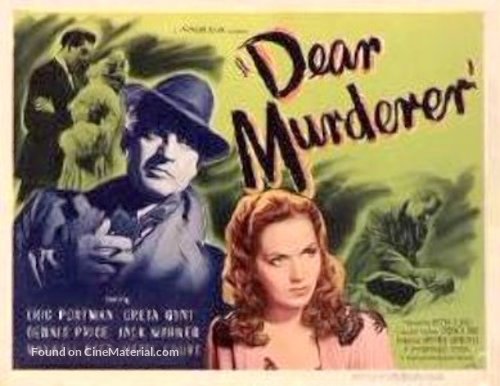 When successful businessman Lee Warren suspects his wife is having an affair, he sets out to find her lover, kill him, and make it look like a suicide. Complications set in, when he finds out she has another lover as well, so Lee has to change his plans.

What a fabulous, complicated, feint and double feint movie about murder, attempted and otherwise. It’s a very British feeling film, and though it has a film noir darkness (very dark, in my copy), it doesn’t have the angularity nor the action of an American noir. More defining, though, is the deliberate parlor game feel to this very deadly situation.