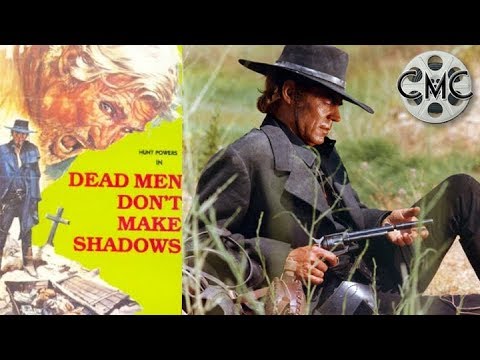 Another name: Stranger That Kneels Beside the Shadow of a Corpse

Hunt Powers is being chased by a bounty hunter when he rides into a town controlled by a very nasty mine-owner and very much in need of justice.

Hunter Powers plays smug, deadly bounty hunter Lazaar, who isn’t averse to killing his prey and keeping whatever gold they’ve stolen too, as well as the reward money! He keeps the gold in a coffin in a remote graveyard watched over by an old man he’s blackmailing (I think), but little does he know that there’s a young upstart following him to the next town