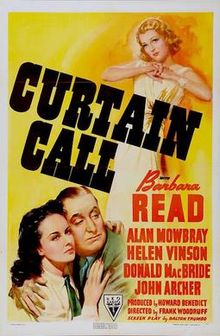 A naive playwright sells her awful play, “The End of Everything,” to two Broadway producers who want to get even with an ungrateful star.

Alan Mowbry and Donald MacBride set out to find the most ghastly play imaginable to keep their temperamental star (Helen Vinson) from defecting to another producer. They hit on one by an earnest country girl, Barbara Read.