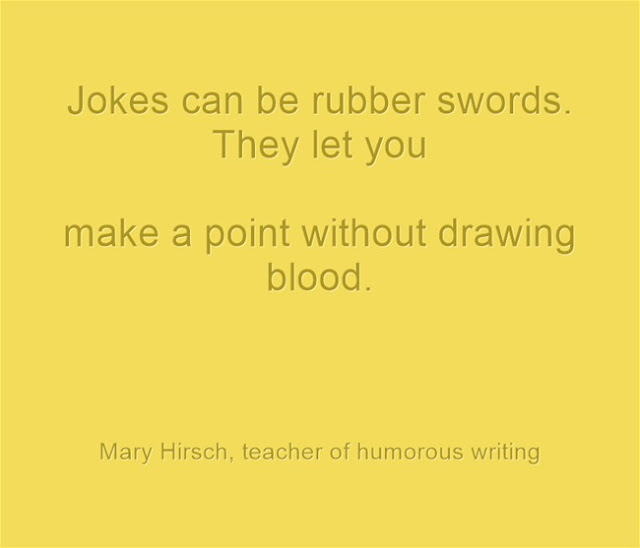 A joke’s a very serious thing.

Looking at life through the wrong end
of a telescope is what I do.

And that helps me to laugh at life’s problems.

Never be afraid to laugh at yourself.

After all, you could be missing out on
the joke of the century.

People are different
from all other animals
because we can laugh.

The most wasted day of all
is that in which we have not laughed.

Mix a little foolishness with your wisdom.
It’s good to be foolish at the right time.

Jokes can be rubber swords. They let you
make a point without drawing blood.

There is a foolish corner
in the brain of the wisest man.

An onion can make people cry,
but there has never been a vegetable invented
to make them laugh. 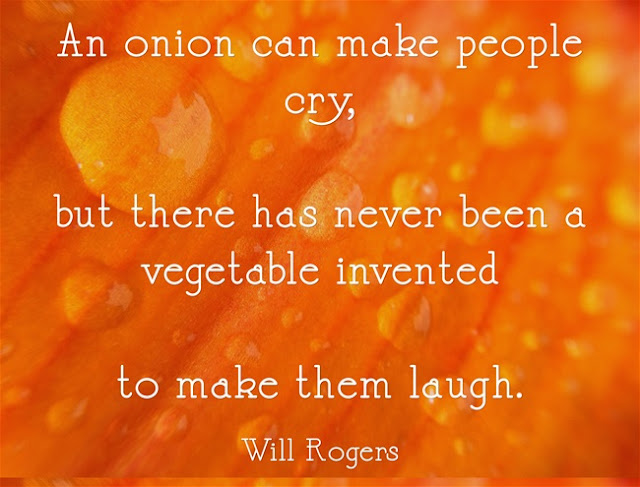 Laughing is the sun

that drives winter from the human face.
Victor Hugo (1802-1885), French writer and statesman

I’ve known what it is to be hungry,
but I always went straight to a restaurant.

If I called the wrong number,
why did you answer the phone?

I hope that when I die, people say about me,
That guy sure owed me a lot of money.’

If I were two-faced,
would I be wearing this one?

God gives men a brain and a penis,
but only enough blood to run one at a time.

This is the sixth book I’ve written, which isn’t
bad for a guy who’s only read two.

Opera is when a guy gets stabbed
and, instead of bleeding, he sings.

I do not mind what language
they sing an opera in,

so long as it is a language I don’t understand
Edward Appleton, Observer 28 August 1955

I know that God won’t give me more trouble
than I can handle … but sometimes I wish he
wouldn’t trust me so much.

Been there, done that, got the T-shirt.

there were a time and place for everything
he had not yet faced the problem
of parking a car.

Some scientists say that the future will be just
like the past, only far more expensive.

Not Hercules could have knocked out his brains,
for he had none.

If wisdom were on sale in the open market,
the stupid would not even ask the price.

The weather: Everyone talks about it,
but no one does anything about it.

Money is the opposite of the weather.

Nobody talks about it,
but everybody does something about it.

Rebecca Johnson, author of And Sometimes Why, in ‘Vogue’

I told the doctor I broke my leg in two places.
He told me to quit going to those places.

There is no human problem which could not be
fixed if people would simply do as I say.

I don’t want to belong to any club
that would have me as a member.

First, the doctor told me the good news: I was
going to have a sickness named after me.

Never go to a doctor whose office plants have died.

In Paris, they simply looked at me
when I spoke to them in French.

I never was able to make those crazy people
understand their language.

when you can’t think of the English for a thing.

You know you’re getting old
when you bend to tie your shoestrings
and ask yourself what else you can do
while you’re down there.

If cars had followed the computer’s pattern,
they would today cost one hundred dollars,
get a million miles to the gallon,
and explode once a year, killing everyone inside.

I cannot say that I do not disagree with you.
Groucho Marx (1890-1977), American comedian and film star

How young can you be and still die of old age?
Steven Wright (1955- ), American comedian, actor, and writer

No one goes there these days.

A girl with a brain
should do more with it than think.

Death is nature’s way
of telling you to slow down.

If God had wanted us to fly,
he would have given us tickets.

Whoever called it necking
is a poor judge of the human body.

The one who laughs last
laughs best.