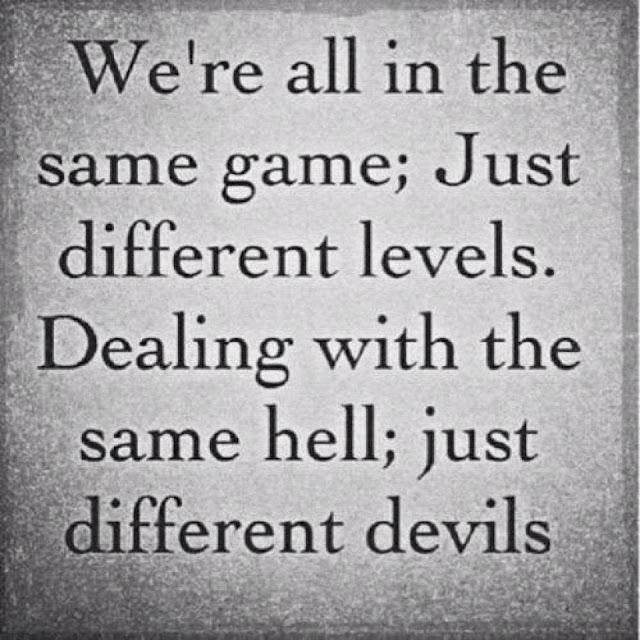 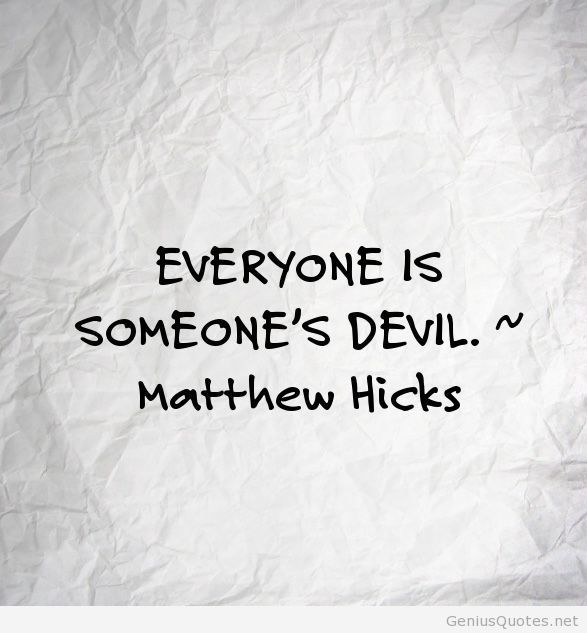 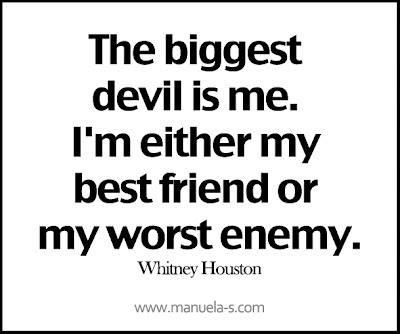 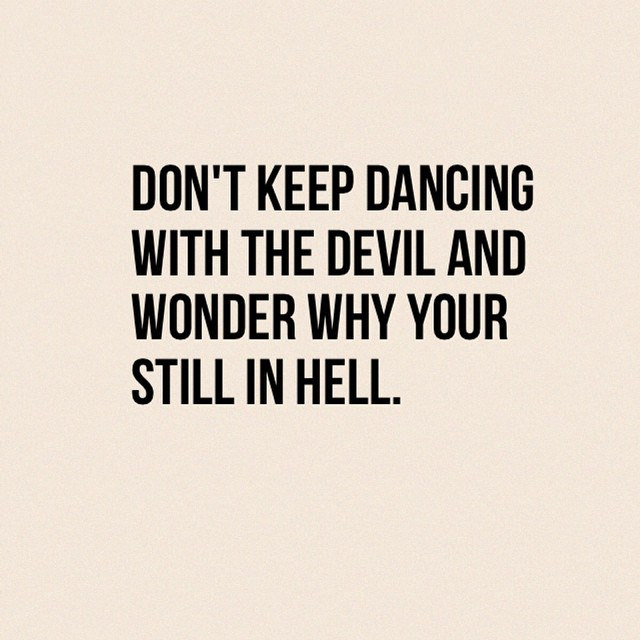 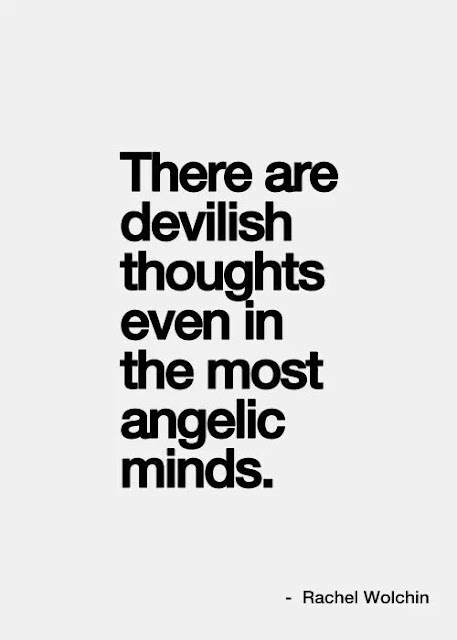 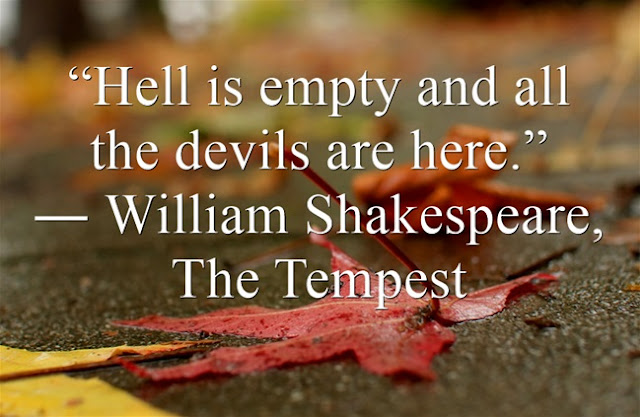 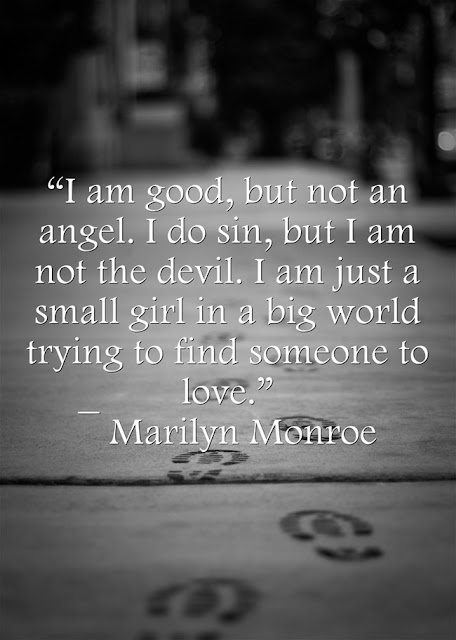 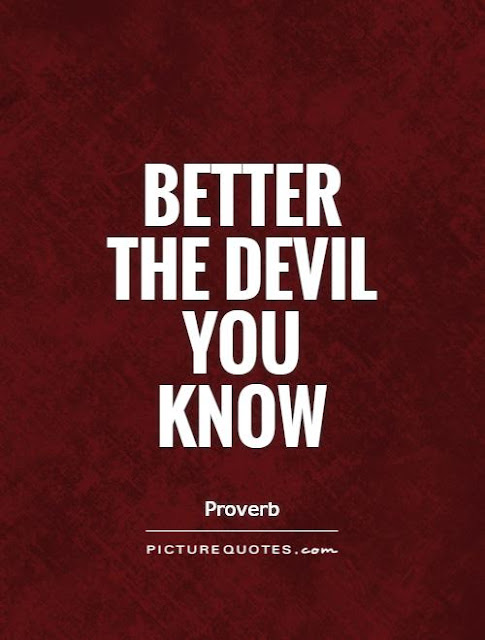 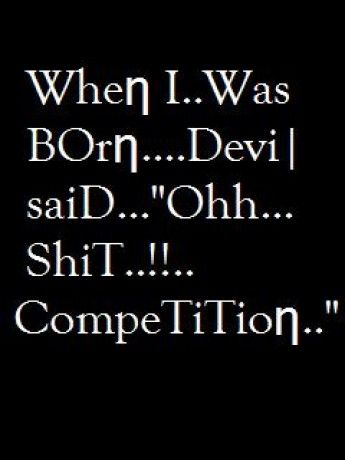 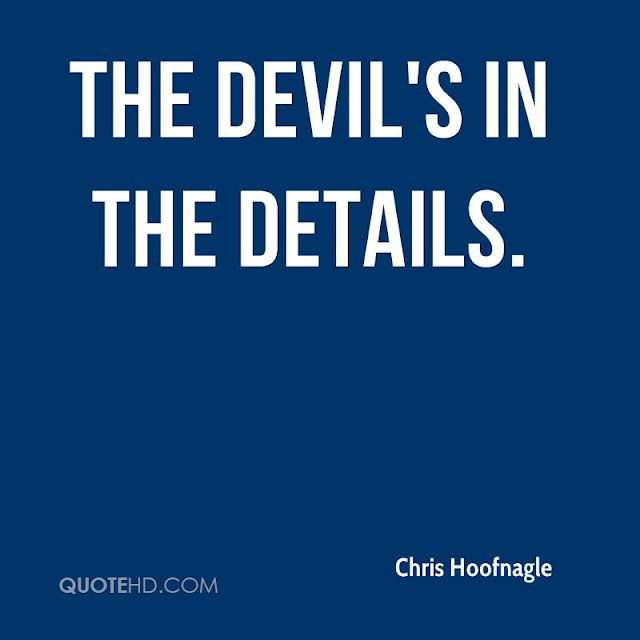 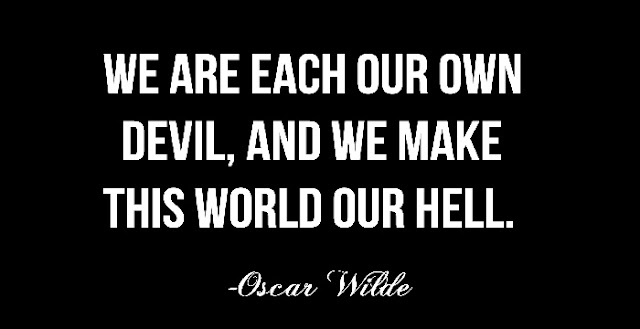 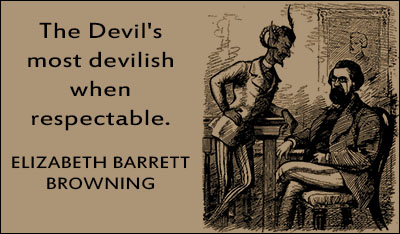 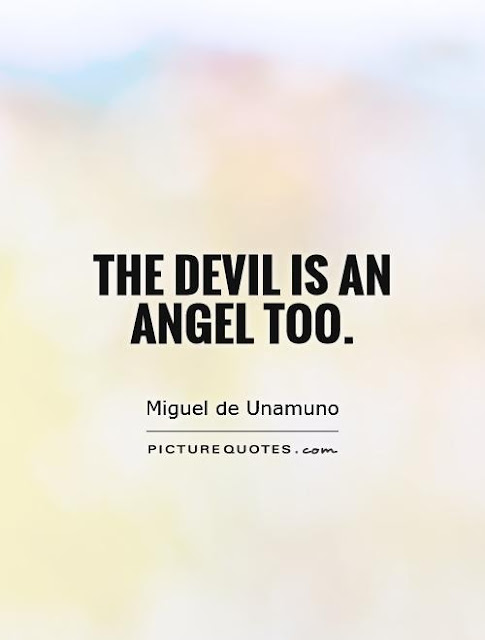 I am good, but not an angel. I do sin, but I am not the devil. I am just a small girl in a big world trying to find someone to love.”
― Marilyn Monroe

““Hell is empty and all the devils are here.” ― William Shakespeare, The Tempest”

““I am trying here to prevent anyone saying the really foolish thing that people often say about Him: I’m ready to accept Jesus as a great moral teacher, but I don’t accept his claim to be God. That is the one thing we must not say. A man who was merely a man and said the sort of things Jesus said would not be a great moral teacher. He would either be a lunatic — on the level with the man who says he is a poached egg — or else he would be the Devil of Hell. You must make your choice. Either this man was, and is, the Son of God, or else a madman or something worse. You can shut him up for a fool, you can spit at him and kill him as a demon or you can fall at his feet and call him Lord and God, but let us not come with any patronizing nonsense about his being a great human teacher. He has not left that open to us. He did not intend to.” ― C.S. Lewis, Mere Christianity”

“We are each our own devil, and we make this world our hell.”
― Oscar Wilde

“We are each our own devil, and we make this world our hell.”
― Oscar Wilde

“Ultimately a hero is a man who would argue with the gods, and so awakens devils to contest his vision.”