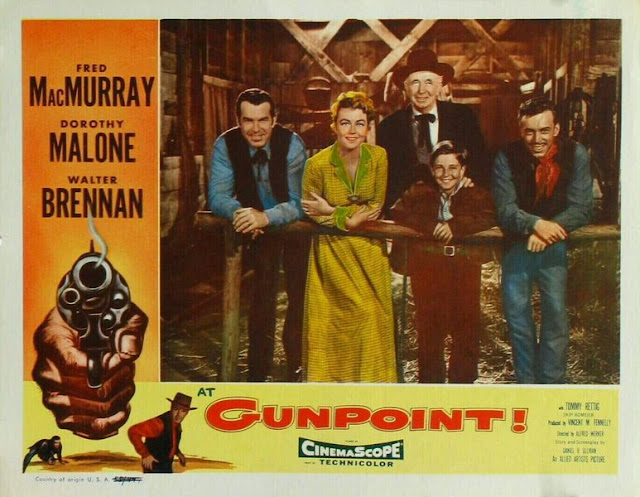 The peace-loving owner of a general store, who became a town hero when he luckily killed the leader of a gang of bank robbers, is deserted by the townspeople who fear the threatened return of the vengeful bandits.

The Stranger: Jack Wright? For some reason or other that name sounds familiar.
Jack Wright: Yeah, it should. I’m a local hero.
The Stranger: You don’t say.
Jack Wright: You’re looking at the man who shot the notorious Alvin Dennis from a distance of half a mile… with a slingshot.